HandEnergy, a phone charger invented and developed by a 19-year-old named Michael Vaga, allows you to charge your phone simply by rotating your hand, essentially using the energy from the human body to charge the phone (via The Telegraph). Rotating your hand activates the device’s gyroscope to produce energy that can then either be stored or used to immediately charge any mobile phone, or a portable USB charging device. 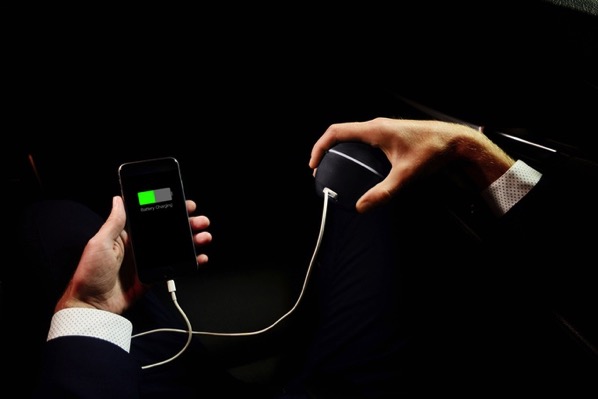 The product’s kickstarter campaign with a pledge goal €50,000, has already raised €71,333 from people hoping to get their hands on early units of the HandEnergy charger.

“With each rotation of your hand, the rotor speed increases significantly and generates more power. The average speed of the rotor is 5,000rpm”, said the teenager inventor, who is from Minsk, Belarus. “We translate the mechanical energy you put in into electrical energy and this means you can charge your device”, he added.

The invention took over a year to develop, and Mr Vaga has said it is ideal for people who spend a long time away from a power source. It takes between 40 minutes and one hour to fully charge the batteries of the HandEnergy device. This speed is reduced by 30 per cent if a phone is being charged at the same time.

Mr Vaga said the charger is good as an emergency source of energy, but also it is an example of clean energy.

Tonight, The Game Awards 2022 is being held in Los Angeles at the Microsoft Theatre. Thankfully, for those of us at home around the globe, host Geoff Keighley will be live streaming the event across many platforms. Each year, The Game Awards celebrates the last 12 months of gaming. Showing recognition to the hard-working developers...
Steve Vegvari
25 mins ago

The annual Reddit Recap is here and for 2022 and the most popular posts, communities and more on the site have been revealed, with data for Canada available as well. “With more than 100,000 active communities from around the world across Reddit, there are a lot of conversations happening in any given moment. So we […]
Gary Ng
25 mins ago

Celebrating the 10-year anniversary of The Hobbit: An Unexpected Journey, Airbnb is offering overnight stays at the iconic Hobbiton Movie Set in New Zealand. The Hobbiton set has become an illustrious destination for those travelling to New Zealand. Airbnb is kicking off its exclusive offer this month, which should satiate fans of J. R. R....
Steve Vegvari
37 mins ago