Rovio Mobile’s chief executive Mikael Hed told the audience of Midem conference in Cannes this morning that piracy may not be a bad thing but instead it can get us more business at the end of the day. Angry Birds boss further explained that Rovio does not believe in going against pirates through a legal action unless it feels that the products they are selling are harmful to the Angry Birds brand. When that’s not the case, he thinks that piracy is actually a good way to attract more fans even if it is costing them money.

We have some issues with piracy, not only in apps, but also especially in the consumer products. There is tons and tons of merchandise out there, especially in Asia, which is not officially licensed products,” said Hed. 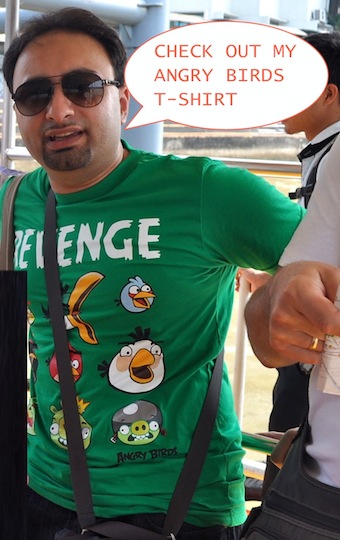 “We took something from the music industry, which was to stop treating the customers as users, and start treating them as fans. We do that today: we talk about how many fans we have,” he said.

Hed also talked about a possible partnership between Angry Birds and music artists in the future, explaining how Angry Birds has become a bona-fide “channel” with people spending as much time on it as on a popular TV show in the US.

“It is possible to promote music content through our apps as well… We are positively looking for new partnerships, and we have a rather big team working on partnerships, so it’s just a case of getting in touch with us and we’ll take it from there”