A popular video game called Plague Inc. in which players can spread a virus around the globe has reached the top of the App Store charts in recent days. 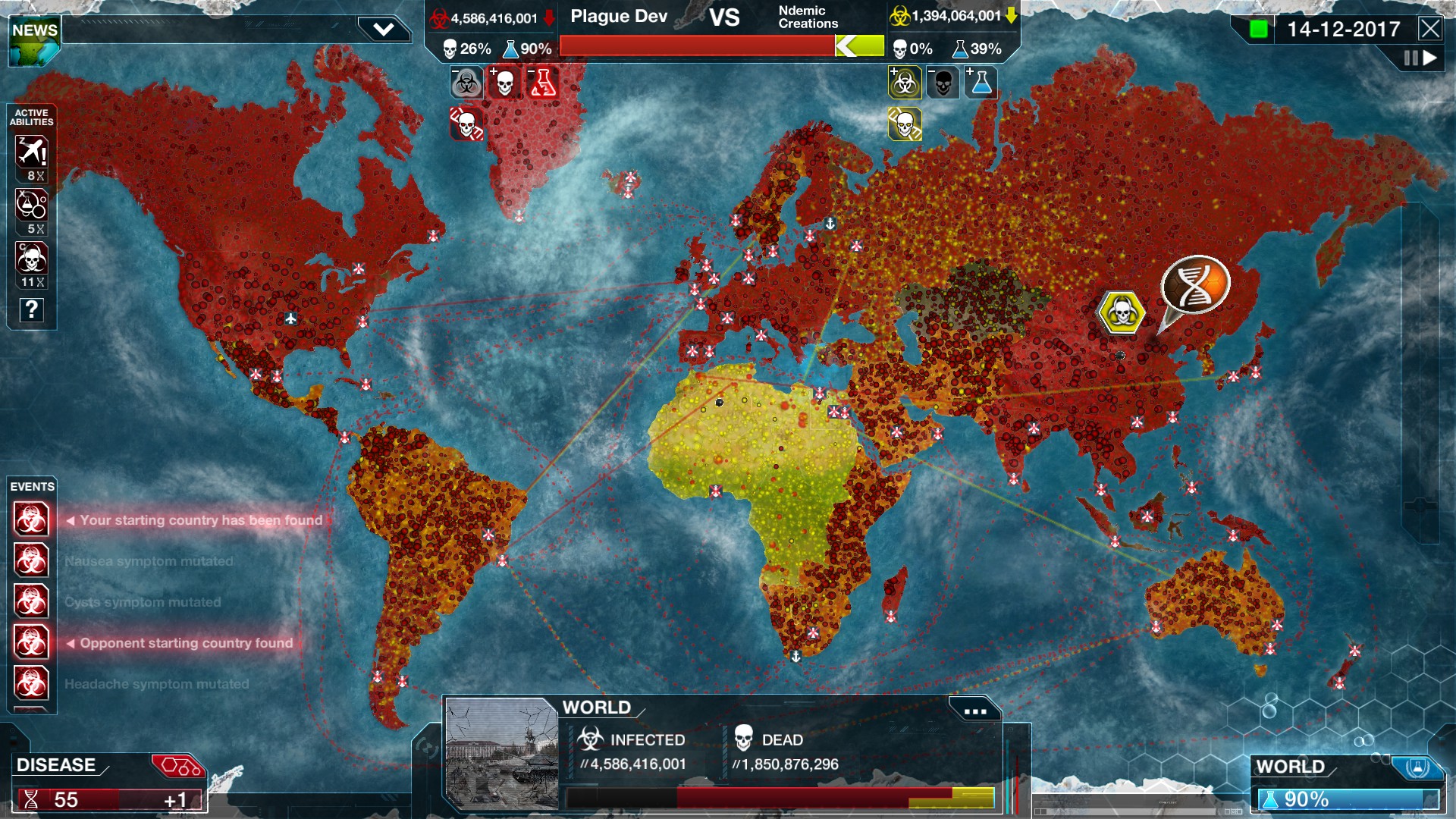 According to a new report from CBS, the mobile smash, developed by Ndemic Creations, has seen a spike in purchases since the virus outbreak.

The game itself has players making up and evolving a pathogen in an attempt to wipe out the human race with a deadly plague. While that description alone paints a pretty bad picture in light of recent events, the Centers for Disease Control and Prevention has actually praised the series in the past, saying that it “creates a compelling world that engages the public on serious public health topics”.

The game’s surge in popularity comes as the coronavirus outbreak continues to spread throughout the globe.

“We have a huge amount of respect for our Chinese players and are devastated that they are no longer able to access and play Plague Inc.,” the company wrote in blog post Thursday.

“It’s not clear to us if this removal is linked to the ongoing coronavirus outbreak that China is facing. However, Plague Inc.’s educational importance has been repeatedly recognised by organisations like the CDC and we are currently working with major global health organisations to determine how we can best support their efforts to contain and control COVID-19.”

The studio says it’s going to try to get the ban reversed, though the mood at Ndemic sounds gloomy.

“We are working very hard to try and find a way to get the game back in the hands of Chinese players — we don’t want to give up on you — however, as a tiny independent games studio in the UK, the odds are stacked against us,” the developers continued. “Our immediate priority is to try and make contact with the Cyberspace Administration of China to understand their concerns and work with them to find a resolution.”

Following a similar trend, the 2011 movie “Contagion” has also gained newfound popularity because of the coronavirus. The film focuses on a global pandemic that starts off in China before spreading into the rest of the world.