Permanent bans are being issued to Pokémon Go players who violate Niantic’s terms of service, The Verge is reporting. Although violations of TOS vary, the report says that majority of bans are aimed at cheaters who rely on GPS spoofing, bots, and other software techniques that allow Pokémon Go to be played beyond Niantic’s design parameters. 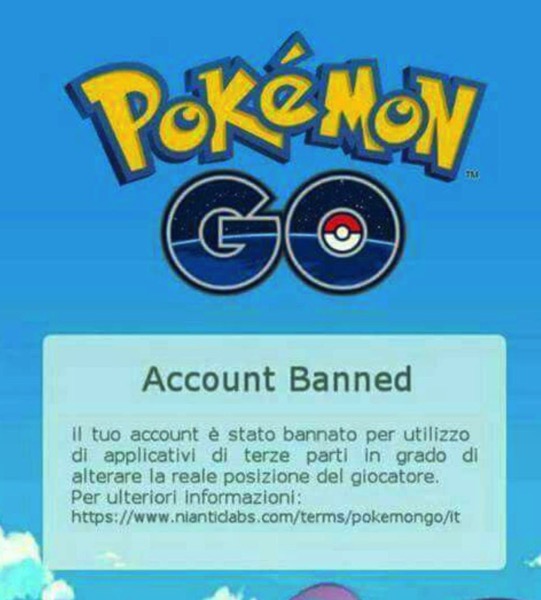 For those who aren’t aware, GPS spoofing allows you to trick your iPhone into thinking you’re located in a different country, allowing you to catch Pokémon that may be more easily located in that area or restricted to certain regions. Similarly, Bots let you automate portions of the game. Niantic has also posted a note on its website, outlining violations of its TOS that can result in a permanent ban:

Your account was permanently terminated for violations of the Pokémon GO Terms of Service. This includes, but is not limited to: falsifying your location, using emulators, modified or unofficial software and/or accessing Pokémon GO clients or backends in an unauthorized manner including through the use of third party software.

Our goal is to provide a fair, fun and legitimate game experience for everyone. We will continue to work with all of you to improve the quality of the gameplay, including ongoing optimization and fine tuning of our anti-cheat system.

The company has also included a link to an appeal form for trying to reverse a ban if it was issued by mistake.

Earlier this month, Ninantic issued a Pokémon Go update that removed a feature which helped players locate nearby Pokémon, forcing third-party maps of Pokémon locations to shut down. The change caused extreme frustration within the game’s fan communities with most players demanding refunds for their in-app purchases