We’ve read about Pokemon Go players taking risks playing the game in the United States, but now we’re hearing about similar stories in Canada, even though the game isn’t officially here yet. 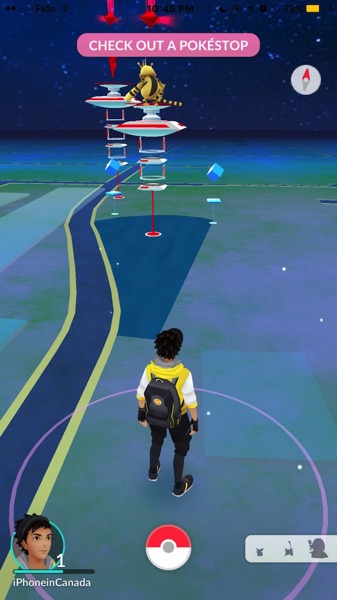 “The driver said ‘I’m sorry, I was playing Pokemon Go,” said Const. Nancy Roussel, who said police are calling on players to be aware of their surroundings.

“Be careful, watch out, even if you are in a car, on your feet or on a bicycle, be careful and watch where you’re going, please.”

Vancouver Police are also sending out similar warnings, saying “Are you about to step into traffic? Are you going to crash into someone or something? You could end more than just your game.” They also warn to stay safe, go play in groups and let people know where you’re going (there was a case in the U.S. where teens used Pokemon Go to ‘lure’ out players, then rob them).

Edmonton Police sent out warnings on Twitter, urging people to “Please do not look for #Pokemon while driving. If you’ve gotta catch ‘em all, do so safely. #DontCatchAndDrive.”

If you are playing #PokemonGo safely, maybe you can give some tips to our new Twitter officer. #yeg #yegpolice https://t.co/x62Dj6A0x5

Similar warnings were also put out by Winnipeg police and Manitoba RCMP.

With #PokemonGO hitting the streets of Winnipeg we urge you all to be careful where you play and don't #catchanddrive. Stay safe Pokémasters

Ontario provincial police released a short video on Twitter detailing the “potential risk and harm” of Pokemon Go, as Sgt. Dave Rector says “People are getting injured, people in the U.S. are having their cellphones stolen when they show up at given locations where Pokemon are supposed to be in hiding.”

Want to jump on the bandwagon? Click here to learn how to download Pokemon Go in Canada. The game is not here yet, but should launch soon (today it was released in the UK). I wonder how long this Pokemon Go craze will last?