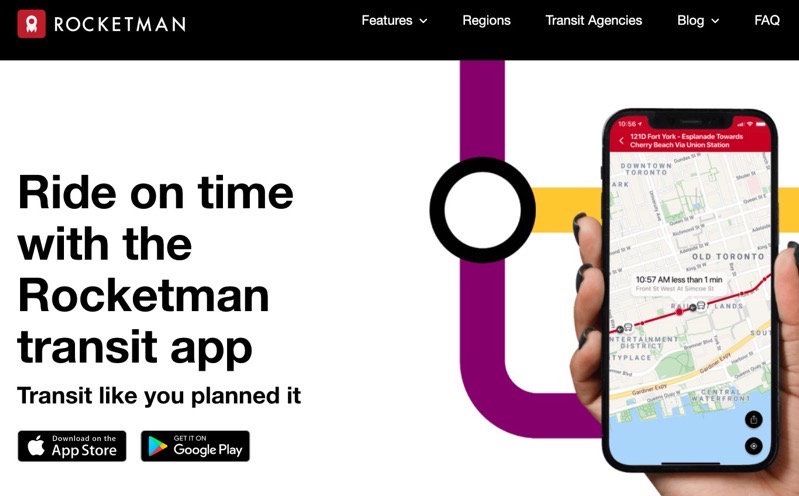 Popular transit app, Rocketman, announced this week it will be shutting down its services and app on November 17, 2022.

“Since 2019, the Rocketman team has worked hard to provide commuters peace of mind. We’ve built a strong community of Canadians going from A to B and are incredibly proud of the value we’ve delivered,” said the Rocketman team in a blog post. “We’ve sadly had to make the difficult decision to shut down the Rocketman app (iOS and Android) and its services on November 17th, 2022.”

Rocketman did not give a specific reason for its shutdown. The Toronto-based app has been a favourite for TTC commuters in Toronto to find out exactly when their next bus, streetcar or subway train was arriving, along with sharing how busy each mode of transportation was.

A pop-up notice in the Rocketman app notifies users that services are ending on November 17 and that “we are sad to say goodbye”.

Services will no longer be available on November 18, meaning the app won’t work and you won’t be able to access your account. Rocketman suggests users try other transit apps such as Transit, Moovit and Google Maps.

“Thank you for years of feedback and your trust — the team has had an unbelievable amount of fun building enhancements to make commuting easier and more enjoyable,” said the Rocketman team.

Rocketman is an app owned by RBC Ventures Inc., which is a subsidiary of the Royal Bank of Canada. Was this a ‘business decision’ to shut it down? We’ll never know, but we’ve reached out to Rocketman for comment and will update this story accordingly.