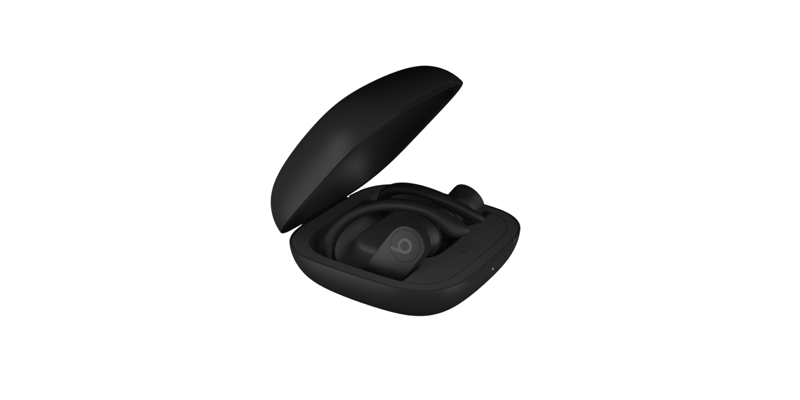 According to a new report from The Verge, the highly-anticipated Powerbeats Pro wireless earphones are set to available for pre-order in the United States and Canada on Friday, May 3 for the cool price of $329.95 CAD. A week after that on May 10, the earphones will be released and available to the public.

While it appears that you will be able to pre-order any of the four colour schemes of Powerbeats Pro with ordering starts, only the black models will initially be available at launch. The Ivory, Moss, and Navy models are set to ship later this summer.

The Powerbeats Pro, unlike the AirPods, are both sweat and water resistant and include physical volume and track controls (mirrored on either earpiece). The Powerbeats Pro supports hands-free “Hey Siri” voice control and the earphones supposedly last up to 9 hours. A total of 24 hours of usage can be achieved with the included charging case.

The charging case also includes a Fast Fuel feature that will give you one and a half hours of runtime in just 5 minutes. If you can wait 15 minutes, you’ll be blessed with a total of 4.5 hours of runtime. One other thing of note is that unlike the AirPods, the Powerbeats Pro includes four different-sized earbuds to help you get the perfect fit.

Despite Beats being acquired by Apple for the princely sum of $3 billion USD in 2014, there’s speculation that Beats’ new Powerbeats Pro could prove a worthy rival for Apple’s own AirPods.