Apple’s highly anticipated iPhone event is set to start in under two hours. Here’s a quick recap of what we expect the company to announce today, based on rumours we’ve seen to date. These are just last minute predictions, also known as our own ‘event Bingo’, so don’t hold anything against if you see something you don’t agree with.

First, as expected, Tim Cook will come on stage and talk numbers, new stores and most likely yet another promo video of a store opening. 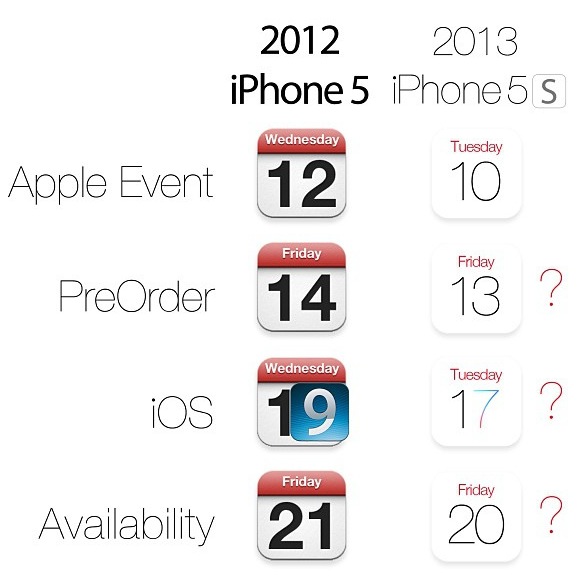 Phil Schiller will come up on stage next and announce the iPhone 5S:

Of course, expectations are pre-meditated resentment, so cast them aside and just wait to see what Apple announces in about an hour and 30 minutes. What did we miss out?

What are you predictions for today for the event? Share them below in the comments!