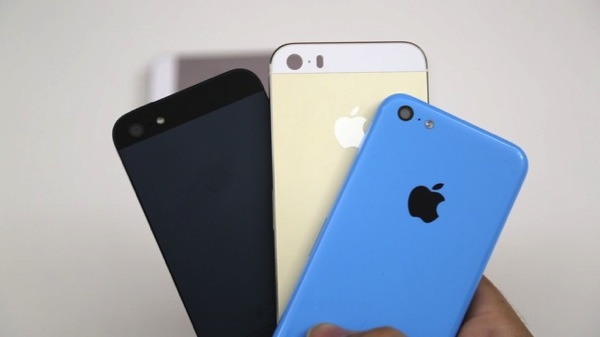 The highly anticipated Apple event is just two days away, so there are tons of questions: what will be the next step for the Apple with the iPhone 5S? Will it feature a fingerprint scanner; will it be available in multiple colours? Those are just a couple of the questions, and Apple’s invite, “This should brighten everyone’s day,” just fuels more speculation. We have heard that the company plans to introduce not one, but two new iPhone models, so here is what you need to know about the forthcoming handsets.

You may be wondering, just as we are, what’s next for the iPhone? Most leaks, rumours, and Apple’s product renewal cycle suggest that there will be in incremental step forward. Well, not in terms of design: most likely we won’t see a redesigned model, but there will be significant internal tweaks. And we mustn’t forget the latest rumour buzz: the golden iPhone 5S.

We have spotted both black and white iPhones, but most lately a new rumour is making the rounds: Apple will likely introduce a gold/champagne-coloured iPhone. But this isn’t all: if we can believe the rumour mill, it will also increase internal storage to 128 GB, like it did with the iPad, a model designed for power users.

In terms of tech specs, the rumour mill has been quite wordy, but here are the most likely to be true: since the iPhone 5S is a next step up, it will likely feature a new A7, ARMMv8-based chip, and up to 1 GB of LPDDR3 RAM, an upgrade from the DDR2 found in older models. We’ve also heard that Apple will also likely focus on improving the camera — there hasn’t been a camera optics upgrade  since the iPhone 4S (aside from sapphire, better handling in low light, etc.) – so, as a result, we could see a 12 MP rear camera with dual-LED flash for enhanced night shooting mode. But there is also the possibility of retaining the same 8 MP camera, but featuring a larger, F2.0 aperture and the dual-LED flash as it seems to be confirmed.

The fingerprint scanner will likely be built into the Home button, with Apple adding a differentiator, such as a silver ring, to the iPhone 5S, at least according to the latest rumours and alleged images of the iPhone 5S packaging.

The fingerprint sensor would add a much-needed security layer to the iPhone and would likely be tied to a great new feature of iOS 7, iCloud keychain. As of iOS 7 beta 5, Apple allows users to use their iPhone passcode as an iCloud Security Code. Replacing that code with the fingerprint authentication sounds like a logical move with a fingerprint scanner or board.

The long-rumoured lower-cost iPhone will likely materialize this year in just two days time (if we can believe the rumour mill). So what will its selling point be?

Well, first of all, it will likely be available in multiple colours, due to its polycarbonate shell, which has been highly “publicized” during the past couple of months. The handset will likely be available in a rainbow of colour options, but will keep the same (or very similar) tech specs as the iPhone 5. We’ve seen red, blue, yellow, green, and white shells, but it remains to seen which ones will make it to the shelves.

In terms of screen size, it is rumoured that the iPhone 5C will retain the same 4-inch screen, with 1136 × 640 resolution, as the iPhone 5, but given Apple’s rumoured strategy to reach the low- and mid-range market, it will retail for a lower price. But most importantly, the iPhone 5C aims to push Apple to the No. 1 position in the smartphone market. And Apple has made an incredible effort to make this happen: it has inked a deal with China Mobile, the world’s largest carrier, and Japan’s NTT DoCoMo.

The importance of the Asian market couldn’t have been emphasized more than with the scheduled Apple event for September 11, the day following the US launch.

Both the iPhone 5S and 5C are rumoured to reach the store shelves on September 20, at least in a few countries, such as the US, Canada, the UK, Germany, etc. This year however, due to the dual iPhone launch, Apple is rumoured to be launching the new models in China shortly after the US launch, with wireless players accepting pre-orders within days of the Apple event.

What do you expect from the Apple event? Let us know in your comments below.