For early Apple Pay adopters, you can now use the mobile wallet at PRESTO Card Self-Serve Reload machines. The company made the announcement yesterday and shared the following demo via Twitter (three separate transactions took place):

Guess what? Now you can use Apple Pay on our Self-Serve Reload Machines. It’s easy! pic.twitter.com/M73EfWDTcZ 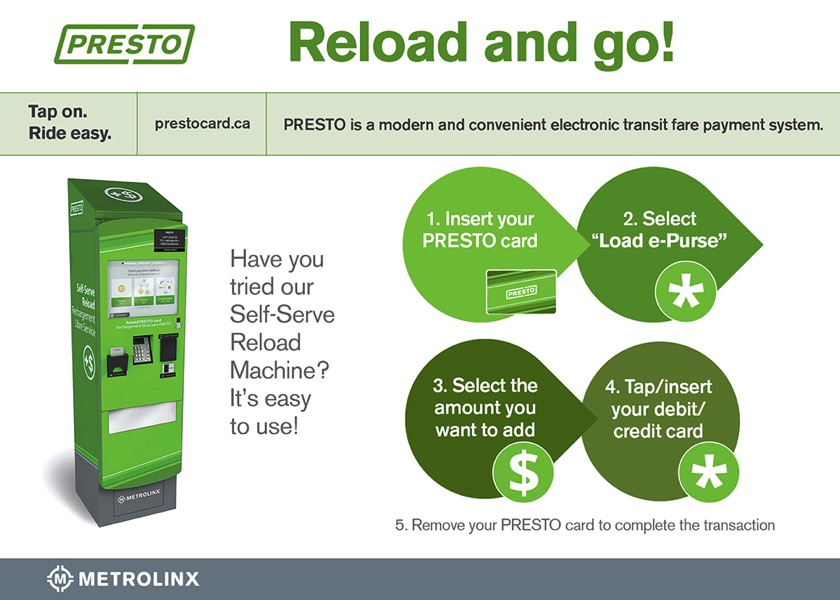 The TTC previously announced full support for Apple Pay will be available by the end of 2017, as upgraded PRESTO fare readers are implemented. At the time, the TTC also noted in December token and pass purchases within subway stations will start accepting contactless payments, which is why Apple Pay works as seen above.

Let us know if you’re going to try Apple Pay for your PRESTO card at self-serve stations. Currently, only American Express cardholders can use Apple Pay in Canada.