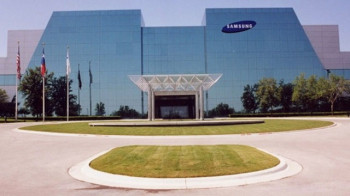 The Wall Street Journal reports a lead Samsung chip designer has left the company to join Apple instead:

Samsung recently raised eyebrows by beefing up its team of Texas-based chip designers, including those whose backgrounds pointed to an interest in chips for server systems. Now one of the most prominent of those recruits has left the South Korean company for Apple

The gadget maker has hired Jim Mergard, a 16-year veteran of Advanced Micro Devices AMD who was a vice president and chief engineer there before he left for Samsung. He is known for playing a leading role in the development of a high-profile AMD chip that carried the code name Brazos and was designed for low-end portable computers.

Former AMD executive Patrick Moorhead noted in the report Mergard is an expert in PC technology along with SoC (systems on a chip), which clearly has interested Apple, considering the latter recently debuted their first custom designed A6 in the iPhone 5.

Samsung and Apple have become rivals in the smartphone arena, with the latter suing the South Korean company for copying Apple’s design. Samsung, on the other hand manufactures the chips Apple requires to install into iOS devices, a relationship that appears to be deteriorating.