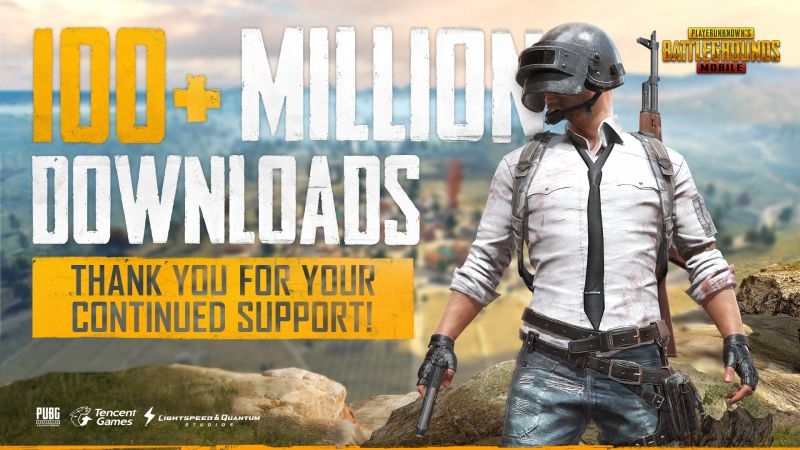 PlayerUnknown’s Battlegrounds Mobile (PUBG Mobile) has passed 100 million downloads within only four months of being on the App Store and Google Play Store.

The mobile version of the online multiplayer game was released on March 19 in partnership with Tencent Games. The free version of the popular PC title typically sells for $29.99 on Steam and Xbox Live. PUBG Mobile was the most downloaded game in 100 countries during its first week of availability. The game currently boasts more than 14 million daily active users.

After PUBG Mobile revealed its Royal Pass, a monetization system that allows players to compete for daily and weekly rewards, saw a revenue increase of 365 percent. In a statement, PUBG Mobile general manager Vincent Wang said:

“We want to thank our committed development team at Lightspeed and Quantum Studios and especially thank the devoted players around the world that continue to inspire us with their passion and dedication. We will continue to set the bar for mobile gaming and look to deliver even more great contents to our players later this year.”

PUBG Mobile’s biggest competitor, Fortnite, still has grossed more revenue across the board, even though PUBG has more downloads. Both games are backed by Tencent.

The Roku Channel has shared its list of free movies and TV shows hitting the ad-powered streaming service in Canada for October 2022. Check out the full list below Movies The Death and Life of John F Donovan The Intruders Mama Rhymes for Young Ghouls Wolves The Woman In Black Alaskan Nets The Delinquent Season […]
Gary Ng
45 mins ago