Qualcomm has today announced the all new Snapdragon 800 and 600 mobile processors at its CES 2013 keynote, designed to meet the demands of high-end smartphones and tablets. The company’s new flagship processor, the Snapdragon 800, promises to deliver 75% better performance its previous top of the line chip, the Snapdragon S4. 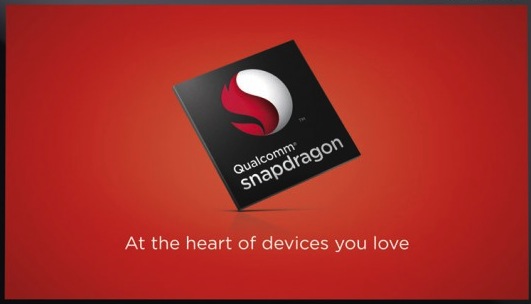 The Snapgragon 800, which is capable of speeds up to 2.3 GHz, is built around the company’s quad-core Krait 400 CPU and is believed to deliver the best mobile experience possible while still maintaining good battery life. So if a phone packs a Snapdragon 800, it’ll be capable of capturing, playing or even displaying 4K video and can support phone cameras with resolutions up to 55 megapixels, as well as HD multichannel audio.

The Snapdragon 800 processors will enable the newest mobile experience with a cutting edge feature set that includes:

Adreno 330 GPU—featuring patented Flex Render Technology and leading edge API’s that are designed to expand the use of GPU processing for general computing and other SoC tasks, the Adreno 330 GPU offers a 2 times better compute performance than Adreno 320

HD Audio—support for DTS-HD, Dolby Digital Plus and 7.1 surround sound.

Qualcomm also launched the Snapdragon 600, a chip that’s a notch down from the top, which runs at speeds of up to 1.9GHz (quad-core Krait 300 CPU) and is said to perform 40% better than the S4.

Adreno 320 GPU –offering over 3x the performance of A225 &, as the first GPU in the Adreno 300 series and introduces support for new mobile and GPGPU compute APIs such as OpenGL ES 3.0 , OpenCL and Renderscript Compute

LPDDR3 RAM— (Low Power Double Data Rate 3)this faster RAM gives a speed boost to the channels which data flows. By increasing the speed at which the data flows to each component, performance is boosted throughout the entire processor.

The new Snapdragon processors are expected to be available in commercial devices by mid-2013.