All Apple contract manufacturers, including Foxconn, Compal, Wistron and Pegatron, are being sued by Qualcomm over royalties, as the chip maker is taking its legal battle with the Cupertino giant to the companies who actually build the iPhones and iPads, The Wall Street Journal reports.

According to the publication, Qualcomm is suing Apple’s Taiwan-based iPhone assemblers for not paying royalties for its patents on smartphone technology like cellular modems. The suit comes less than a month after Apple stopped paying patent royalties for Qualcomm technology. 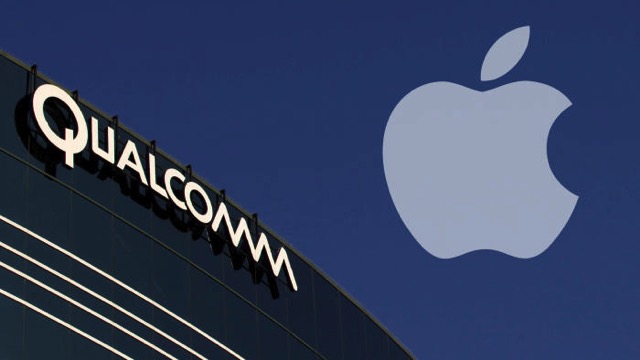 Unlike Qualcomm’s other phone licensee partners, Apple does not directly license from Qualcomm. Rather, its contract manufacturers pay the Qualcomm licensing fees which Apple is supposed to reimburse them. The lawsuit, filed today in a federal district court in San Diego, accuses the four contract manufactures of breaching longstanding patent-licensing agreements with Qualcomm by halting royalty payments on Qualcomm technology used in iPhones and iPads.

The suit seeks royalties they have withheld as well as a court order that the four Taiwanese companies continue to pay royalties according to their previous agreements with Qualcomm.

Qualcomm said the contract manufacturers are withholding iPhone royalties because Apple has refused to reimburse them, directed them not to pay and agreed to indemnify them against any damages they may incur by failing to pay royalties to Qualcomm. They have continued to pay royalties for using Qualcomm’s patents in non-Apple products, the filing said.

In January this year, Apple sued Qualcomm in the U.S. and later in China and the U.K. for nearly $1 billion, claiming that Qualcomm abused its monopoly position in cellular chips to impose unreasonable and costly terms on customers.

Back in September, Pluto TV announced it would be launching in Canada in December and as of today, the free ad-supported streaming TV service is now live. This new Free Ad-Supported Streaming Television (FAST) service is from Paramount Global, with Corus Entertainment Inc. as its Canadian partner. Pluto TV says it is the world’s leading […]
Gary Ng
21 mins ago