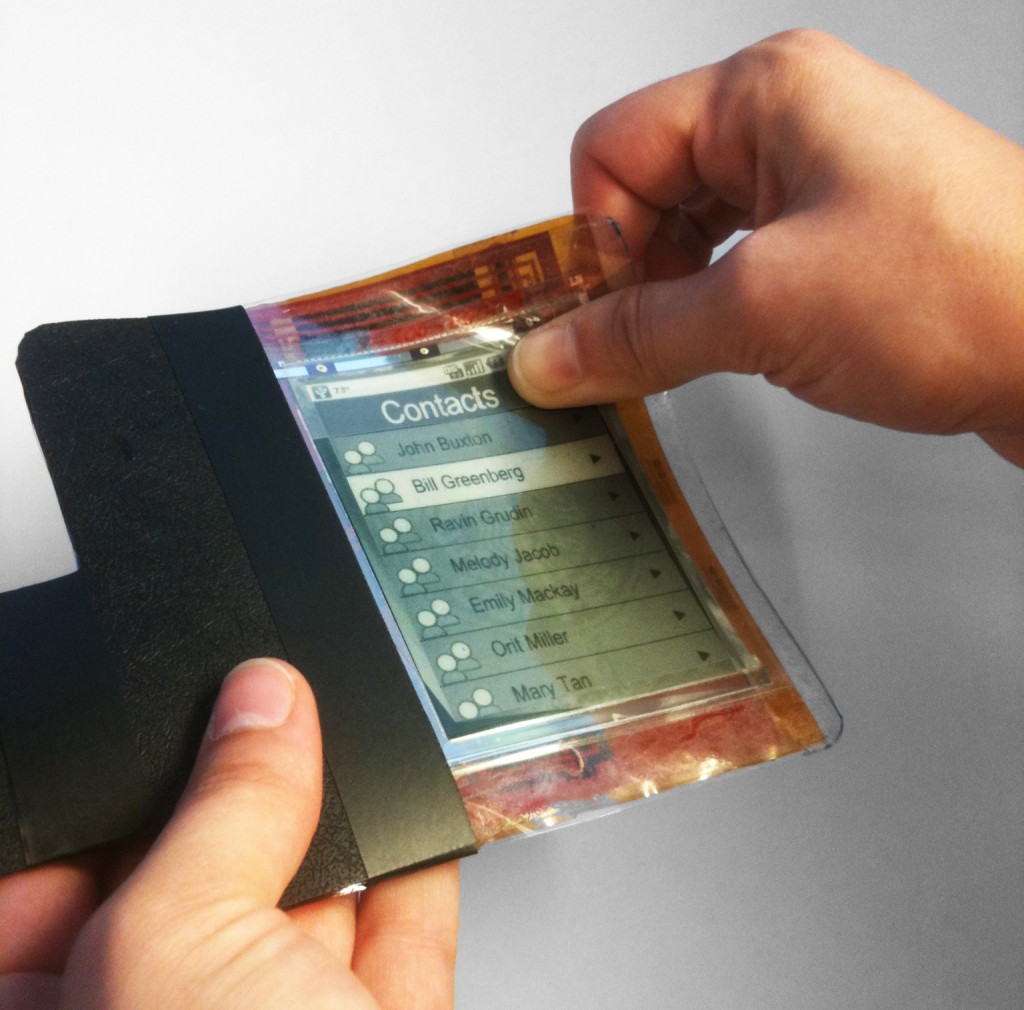 Leave it to Canadians to develop some uber technology right? Queens University announced today the PaperPhone, a super thin smartphone that they describe as ‘a bendable iPhone’. Here’s the description:

PaperPhone is the world’s first nextgen, thin film smartphone and interactive paper computer. It is based on a 3.7″ flexible electrophoretic (E Ink) display that does not consume electricity when it is not refreshed. Thinfilm sensors allow the phone to respond to bending of the screen to navigate pages in ebooks, play or pause mp3s, make phone calls, or navigate apps. A flexible wacom tablet allows users to draw on the screen with a pen as if it were a sheet of paper.

The creator feels this is the upcoming future of smartphones:

â€œThis is the future. Everything is going to look and feel like this within five years,â€ says creator Roel Vertegaal, the director of Queenâ€™s University Human Media Lab,. â€œThis computer looks, feels and operates like a small sheet of interactive paper. You interact with it by bending it into a cell phone, flipping the corner to turn pages, or writing on it with a pen.â€

Pretty neat stuff. The PaperPhone will be unveiled at the Computer Human-Interaction (CHI) 2011 conference later this week in Vancouver. Definitely a cool invention. As to whether or not this will be implemented into the consumer market, we’ll just have to wait and see!

What do you think of this super thin design? Check out the following video demo:

Apple's long-awaited AR/VR headset may not start shipping until the second half of 2023 due to a delay caused by some "software-related issues," according to TF International Securities analyst Ming-Chi Kuo. Kuo previously had the headset pegged for a second-quarter release. He said in a tweet that his sources indicate components for the mixed-reality headset...
Nehal Malik
25 mins ago