The folks over at Radio Flyer have just added a new Tesla ride-on toy for kids called “My First Model Y.” Available now to pre-order for US $99, the Model Y ride geared at toddlers aged 1.5 to 4 years old will begin shipping on September 11, 2020 (via Tesla North). 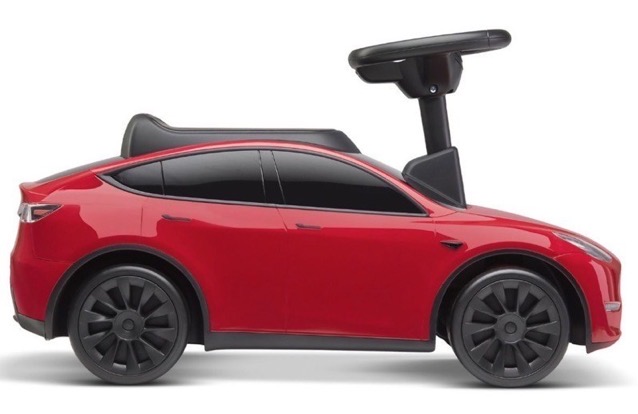 According to Radio Flyer, My First Model Y sports “authentic Tesla Model Y design details”, down to the black Induction Wheels with rubber grip tread and a fully working steering.

The new Tesla ride-on toy also features an ergonomic seat, a honking horn, and is capable of supporting a weight of up to 43 pounds.

“The My First Model Y delivers the superior Tesla experience for the littlest drivers. Developed in partnership with the Tesla Design Studio, this premium ride-on is an authentic kid-sized version of the beautifully sculpted Tesla Model Y body,” explains Radio Flyer.

Check out the following video for a better look and share your thoughts with us in the comments section.