Earlier this week, Apple CEO Tim Cook confirmed Apple Pay would be expanding beyond the U.S. and the UK, to arrive in Canada and Australia this year for select American Express cardholders. The announcement was made during the company’s Q4 2015 earnings conference call, much to the delight of Canadians.

Leading up to the announcement, TD Canada Trust had accidentally leaked Apple Pay would be “coming soon” on their website, while our own sources noted BMO is also preparing for Apple Pay.

Now it appears RBC’s online customer chat may have prematurely informed a customer Apple Pay is coming soon, according to iPhone in Canada reader, Kevin. As you can see below, a customer representative noted “we will be supporting [Apple] Pay in the near future, however we do not have a definite date yet.” 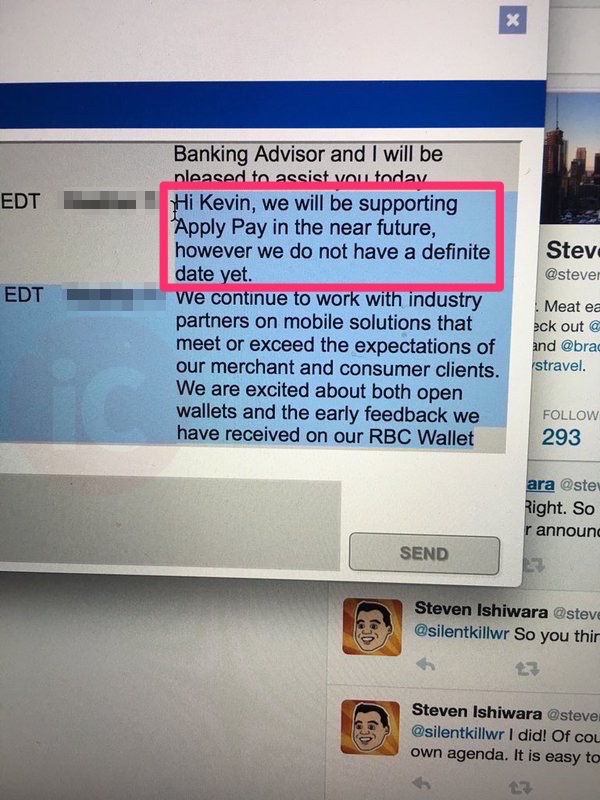 We tried to confirm this information ourselves with RBC’s online chat team later in the afternoon, but they were unable to mention support for Apple Pay, so we logged this up as either a mistake by the RBC team.

But when Kevin tried again the next day to get confirmation from RBC, he randomly landed upon the same customer representative. The first thing the rep said was to apologize for the incorrect information from yesterday. Kevin claims he didn’t chat yesterday with the rep (a white lie he admits), but this made the conversation start all over again. 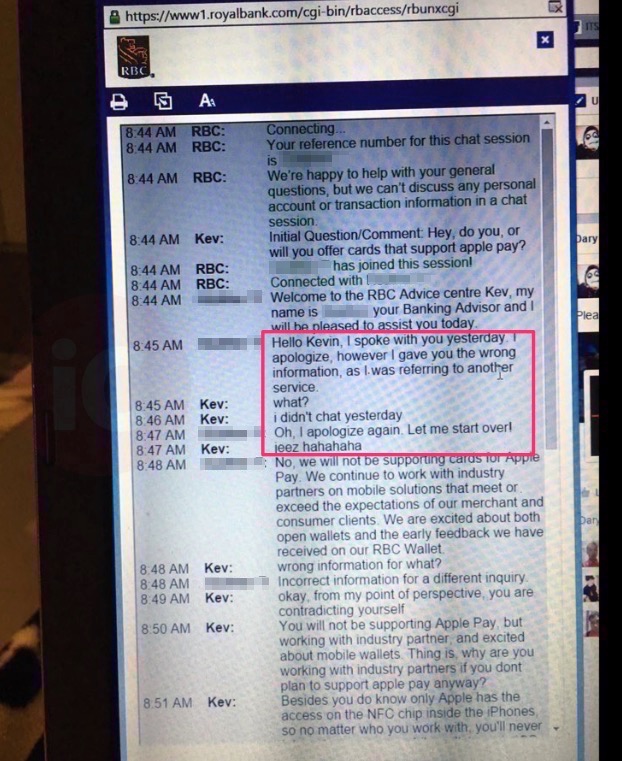 Conspiracy theorists would believe the rep accidentally spilled the beans on Apple Pay, realized it was a mistake and then tried to ‘fix’ it when chatting with someone that appeared to be the same customer.

So, what do you think? Are we going to see RBC support Apple Pay anytime soon? A recent story by The Globe and Mail detailed why Apple bypassed Canadian banks and opted to launch here with American Express instead (for now).