RBC released a big update to their iOS app yesterday, as 5.0 brings a fresh new design, the ability to check account balances without signing in (no Touch ID support yet), and Apple Watch support.

What’s most interesting about this update is the addition of RBC Wallet to the Menu screen, which suggests Apple Pay support could be forthcoming.

RBC Wallet—launched back in January 2014—currently supports various Android smartphones for paying with supported credit and debit cards via NFC.

The only way to pay with credit cards via NFC on an iPhone is via Apple Pay—could this be a sign RBC will support it soon? 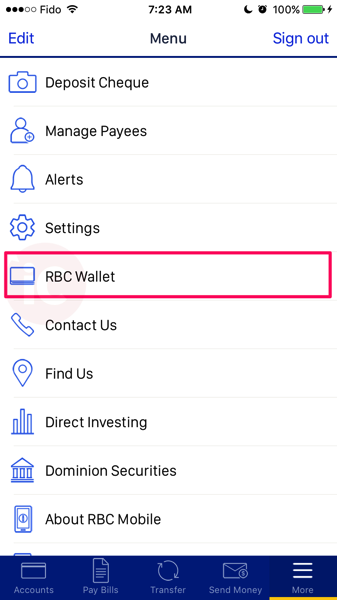 – Use your Apple Watch to check balances, get Alerts and find nearby branches or ATMs right on your wrist

Also, you guys have let us know RBC has switched around the “To” and “From” accounts around, which has caused some confusion. This caused one of you to accidentally take out a credit card cash advance instead of trying to pay off the balance. Just a hat tip…