Walter Isaacson recently wrote an essay in the Harvard Business Review that outlines the key leadership reasons why Steve Jobs was so successful. After co-founding Apple with Steve Wozniak back in the late ’70s, the company is now the world’s largest in terms of market cap, and cannot keep up with demand as iOS sales go through the roof. Over 315 million total iOS devices have been sold to date.

What made Steve Jobs so successful? Isaacson argues it was Steve’s obsession for perfection, to be inspirational and being honest to employees when they do a job poorly. With great staff, you can have them do great things by ‘expecting’ it out of them (the reality distortion field):

So I think the real lessons from Steve Jobs have to be drawn from looking at what he actually accomplished. I once asked him what he thought was his most important creation, thinking he would answer the iPad or the Macintosh. Instead he said it was Apple the company. Making an enduring company, he said, was both far harder and more important than making a great product. How did he do it? Business schools will be studying that question a century from now. Here are what I consider the keys to his success.

It’s a pretty interesting read, and it might repeat what was covered in the Steve Jobs biography but still it’s a detailed illustration of what made Steve Jobs so successful when it came to his leadership abilities. Read on below. 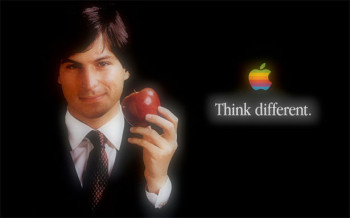