Inside Look: How Readdle Found Success in the App Store–From Ukraine 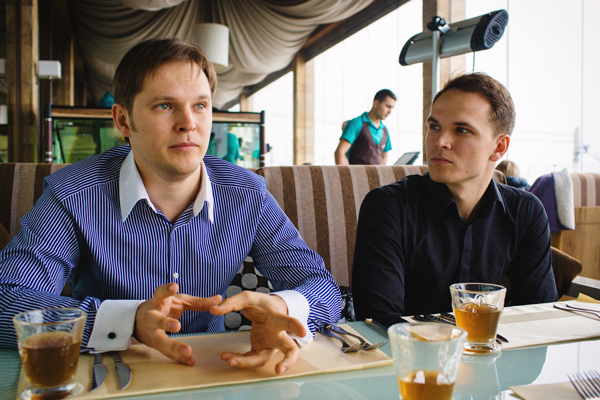 You most likely have at least one Readdle app on your iPhone or iPad. The company has been churning out simple productivity apps since its first app, ReaddleDocs made its way into the App Store in 2008 priced at $14.99.

But did you know this company has found success operating out of Ukraine and not Silicon Valley? The Verge shares a great article detailing how four friends working out of a rented apartment were able to take the world by storm:

The coders didn’t have much time, and hunkered down to work. As a freelancer, Budantsov could make his own schedule, and Protserov and Tyagulsky hadn’t taken time off from work in years, giving them two months’ vacation time to devote to the app. When the App Store launched on July 10th, 2008, Apple claimed it had more than 500 apps — today that number’s more than 1 million. And ReaddleDocs was there at the beginning, selling for $14.99.

It was a gamble. In 2008, admits Tyagulsky, “We didn’t have any business plan or any other crazy stuff. We just built the app. We put it on the App Store.” A week later, he saw the sales figures. Readdle had made $3,000 in revenues. “I called my boss and told him, ‘I’m quitting my job,’” Tyagulsky says, his shoulders shaking with laughter. “We understood then we had a chance to build the company.”

Nine months later, Denys says, “We were all sitting together and suddenly Dmitry stands up and shouts, ‘Woohoo! We’re rich!’ I thought he was drunk.” He wasn’t: Wall Street Journal technology journalist Walt Mossberg had listed ReaddleDocs among “some favorite apps that make the iPhone worth the price.”

After Mossberg’s endorsement, sales jumped 800 percent. According to Denys Zhadanov, Readdle was pulling in $500 to $1,000 a day. For the four men who’d just wanted to read books on their phones, it was a breakthrough.

This is a pretty good read if you’re a fan of Readdle’s apps. Their success is no mistake—these guys work their butts off and make apps that solve our everyday problems. Denys Zhadanov, the company’s marketing director is relentless in his pursuit of getting coverage for frequent app updates and refreshes. He’s quick to reply to tweets and can be found responding to comments on articles about the company’s apps.

This work ethic gets noticed by people and is why Readdle claims their user-retention rate is 10 times the industry average, with roughly 500,000 and 1 million users opening one of their apps every month, says older brother Igor Zhadanov.

You can check out the entire article here from The Verge. What’s your favourite Readdle app?