Readdle has just announced the launch of its new ‘Documents X’ super app for iOS, which lets you do anything with your files faster than ever before. The app introduces Smart Actions to speed up your workflow with a fresh, redesigned user experience. 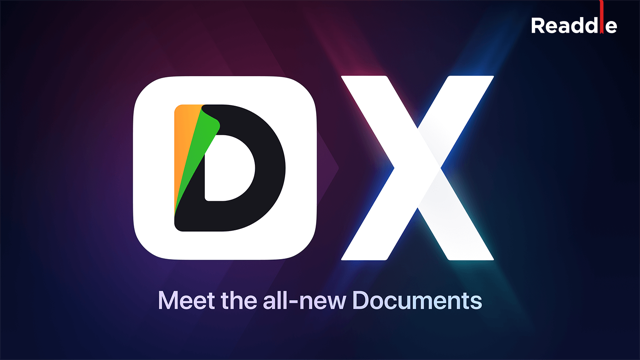 For nearly 10 years, Documents has turned from a simple file manager into a powerful super app with hundreds of actions. Documents X, the redesigned version of the original Documents app, promises to take this experience to a whole new level while also setting the foundation for the app’s exciting future.

Documents X replaces dozens of different apps by offering hundreds of file actions, from watching videos to professional PDF editing. With Smart Actions, when can perform any action such as uploading a file or scanning a document, Documents suggests the best next action to take.

Here are a just few examples:

You can download Documents X via the App Store and try it out right now. In the meantime, check out this quick video overview for a better idea.