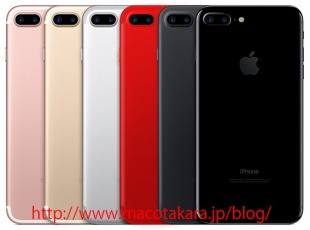 A new report by Japanese blog Macotakara is claiming that the next year’s iPhones will be dubbed ‘iPhone 7s’ and ‘iPhone 7s Plus’ featuring the same design as the current generation iPhones, and will be offered in a new red colour. The current selection of colours, i.e. Black, Jet Black, Silver, Gold and Rose Gold, will be availalbe as well.

“According to the information source in the supplier in Taiwan, they said the new model of iPhone launched in 2017 would be iPhone 7s and iPhone 7s Plus which are the updated version of iPhone 7 and iPhone 7 Plus. They say that the basic design remains the same, and that the update is only the change of the CPU to A11 chip, and it does not seem to come together with either the wireless charge or glass chassis”.

Previously, KGI analysts have claimed that Apple will launch three new iPhone models next year, including one completely redesigned ‘iPhone 8’ with OLED display and no physical Home Button, while two models will be iterative updates to the current iPhones. It seems that today’s report is referring to the latter devices which it calls the ‘iPhone 7s’ and ‘iPhone 7s Plus’.

Macotakara has however hinted that the ‘iPhone 7s’ handsets will not include new features like wireless charging or a glass casing as it would be a mere internal component update, moving from the A10 chip to A11, and a new red colour option.