Apple.ca unfortunately did not have refurb stock at the time, but that has changed as of now, as both 32GB and 64GB Apple TV 4 models are available for purchase, priced at $169 and $229 respectively, savings of $30 and $40 compared to buying new. 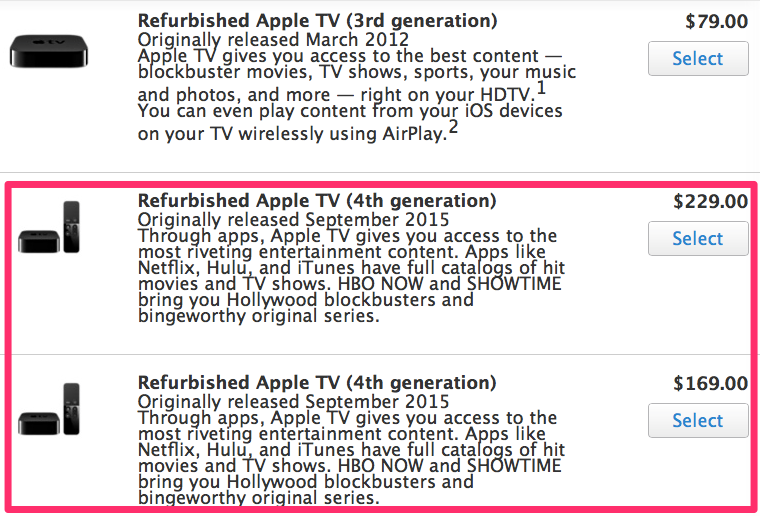 In the box you’ll find the Refurbished Apple TV, Siri Remote, Power cord, Lightning to USB Cable, and Documentation—minus the shiny white box. You’ll get a one year warranty and these are literally good as new.

If you’ve been waiting to jump on an Apple TV 4, these refurbs may be the time to do so. We’re still enjoying unit, as the new Siri Remote makes it easy to navigate (when we actually pick it up facing the right way), plus the App Store is pretty awesome (Air Video is one our favourite apps right now).

Let us know if you’re going to jump on this. Refurbished stocks are usually limited!