Apple.ca has restocked refurbished 4th and 5th generation iPod touch models this morning, for those looking for ‘cheap’ iPods or Internet devices. 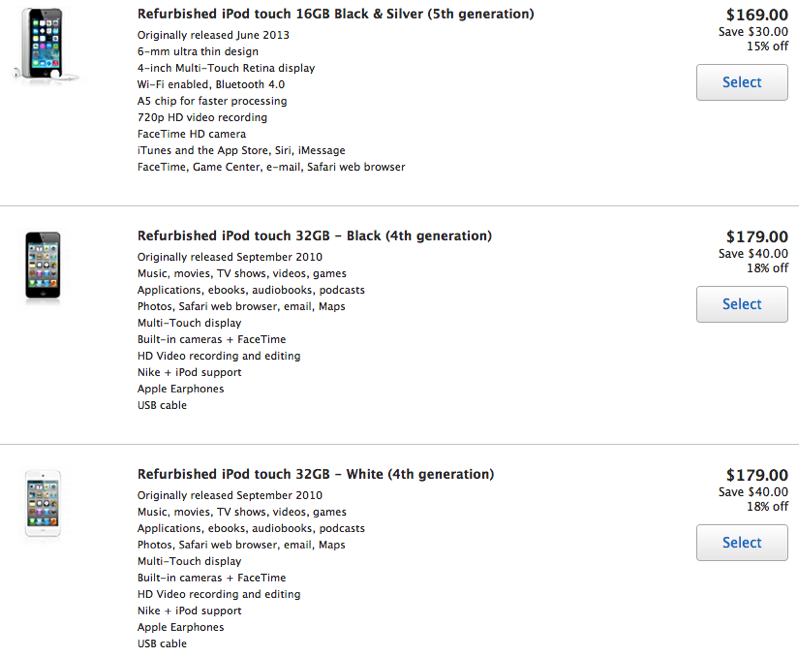 Refurbished units are good as new but don’t have a new shiny box, and include the standard one year warranty. The fifth gen iPod touch supports iOS 8, while the fourth gen does not. These could make decent ‘throwaway’ iPods for the kiddies.