You Can No Longer Rent or Buy Movies on Apple TV App for Android TV, Google TV

As pointed out by the folks over at FlatpanelsHD, the Apple TV app for Android TV and Google TV no longer lets users buy or rent movies available on the iTunes store. 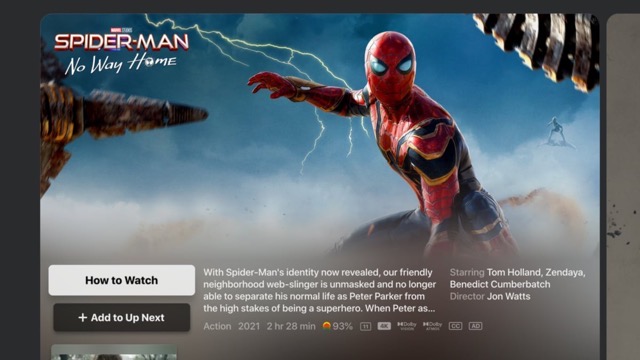 Following the latest Apple TV app update, the options to rent and purchase movies on Android TV and Google TV have been replaced by a new ‘How to Watch’ button which says: “You can buy, rent or subscribe in the Apple TV app on iPhone, iPad, and other streaming devices.”

While Apple has not yet explained why it has decided to downgrade the Apple TV app on Android TV and Google TV, Daring Fireball’s John Gruber has confirmed that the move comes following Apple and Google not being able to reach mutually agreeable terms on in-app payment commissions.

“Until this update, Apple had been running on an exemption not to use Google’s IAP. The exemption expired, so Apple TV on Android TV is now “reader only”. Apple TV on Amazon’s Fire platform has long been “reader only” as well for the same reason: Apple would rather not sell or rent any content at all on these platforms than do so while paying Google/Amazon the commissions they demand.”

It’s ironic this comes at a time when Apple is defending its own App Store commissions against developer complaints and antitrust investigations around the world.