Apple has opened three innovative new health studies for enrollment in its updated Research app, which will be conducted in partnership with leading academic and research institutions to explore important areas of medical research. 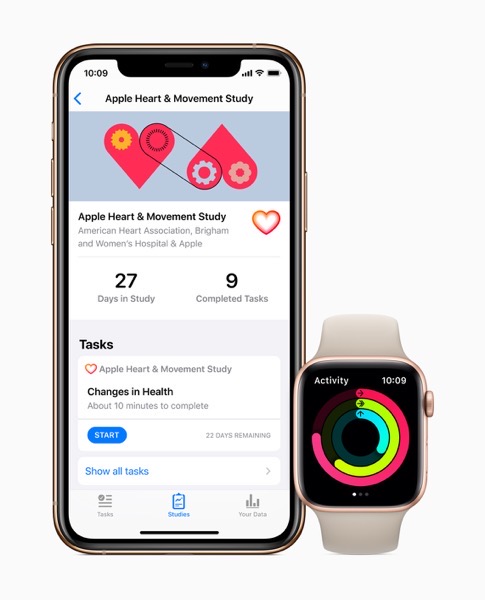 Customers in the U.S. can now participate in the Apple Women’s Health Study, the Apple Heart and Movement Study, and the Apple Hearing Study, by downloading the free Research app from the App Store. The app makes it easier than ever to contribute to medical research through a streamlined enrollment process and engaging tasks.

After enrolling in a study, participants using Apple Watch and iPhone can contribute useful data around movement, heart rate and noise levels, captured during everyday activities.

“Today marks an important moment as we embark on research initiatives that may offer incredible learnings in areas long sought after by the medical community,” said Jeff Williams, Apple’s chief operating officer. “Participants on the Research app have the opportunity to make a tremendous impact that could lead to new discoveries and help millions lead healthier lives.”

Apple also states that since privacy is built into all its products and services, the Research app was carefully created to only share data with the chosen studies when the user approves.

To learn more about each of the three new studies, hit up this link.