Research Reveals Consumers Only Use Roughly Around 24 Apps Per Month 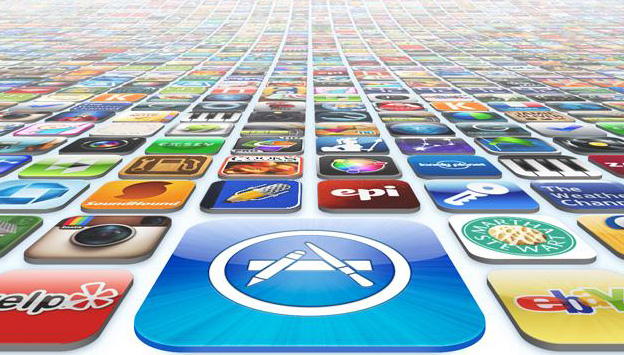 In the last quarter of 2013, smartphone users spent an average of 30 hours and 15 minutes using apps. This number is up from 23 hours and 2 minutes from the year before. The data is shown in the graph released by Nielsen below: 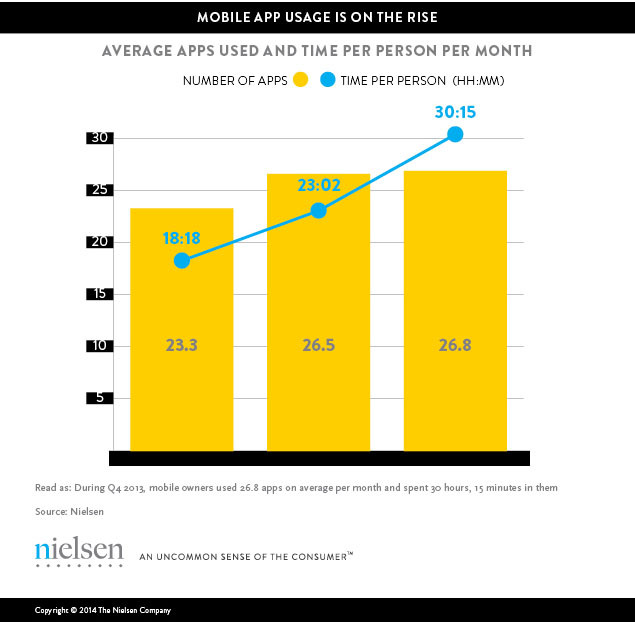 On average, Nielsen says that iOS and Android users in the U.S. are using 26.8 apps per month, which was a minor increase from the year prior. The majority of the users spend their time browsing the web, in social networking apps, in entertainment apps, or using communication apps (like iMessage or Skype).

Despite the overall increase in time spent using these apps, the numbers show that users aren’t downloading too many more programs.

That’s good news for the everyday must-haves, like Facebook and Google or the default email, messaging, maps or weather applications, for example. But it’s bad news for the young companies trying to establish a foothold and core group of dedicated, engaged and loyal users within the ever-expanding app universe.

Developers are no longer faced just with the task of getting users to download and install their apps, however, companies and individual developers must also think about how to get the user to use their app continually.

Another handy tutorial has been recently shared by Apple on its YouTube channel, and this one details how you can add custom sounds like alarms, appliances, or doorbells to Sound Recognition on your iPhone in iOS 16. The iPhone can continuously listen for certain sounds, such as a crying baby, doorbell, or siren, and notify...
Usman Qureshi
6 hours ago