Researchers Use Apple Watch to Control a Drone 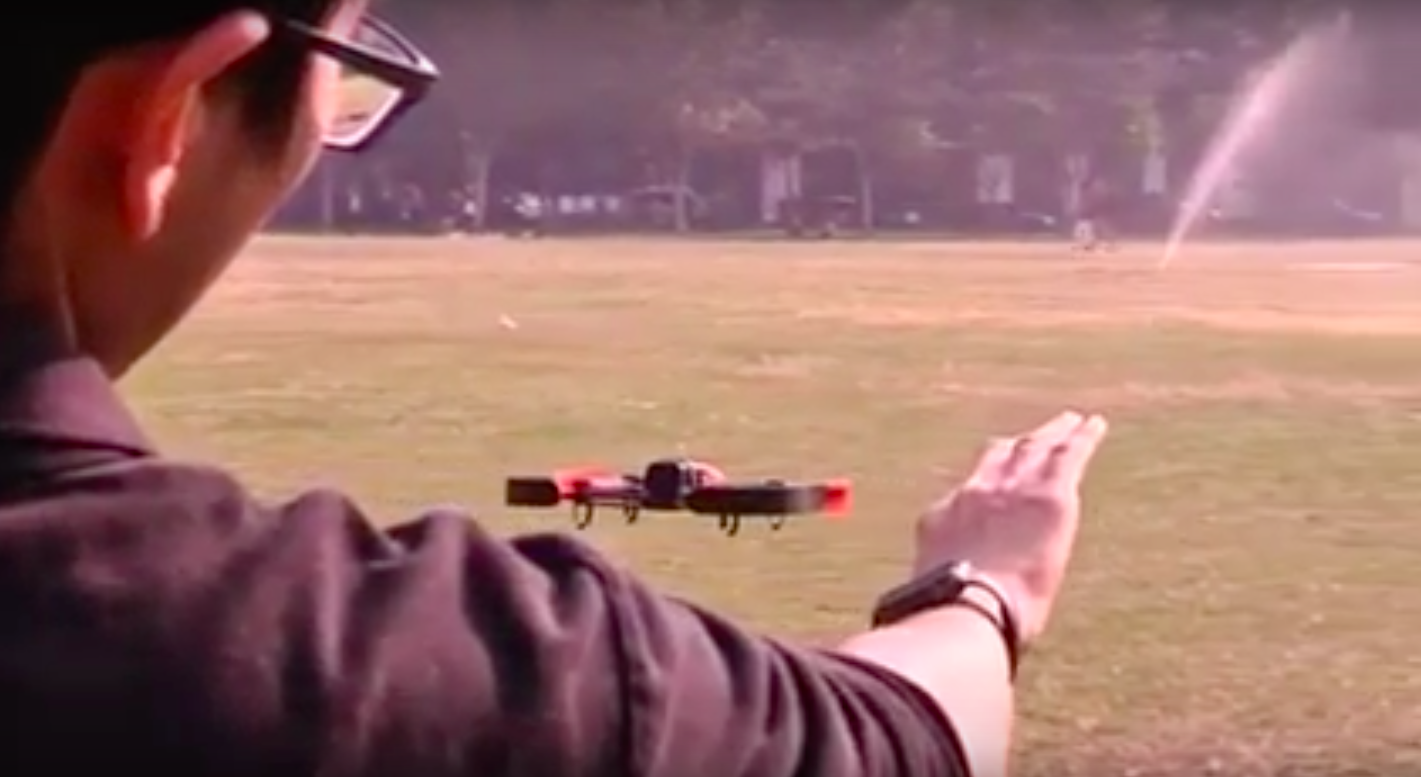 Engineering students at Taiwan’s National Chung Hsing University demonstrated a clever use of the motion sensors in Apple Watch to interpret hand gestures, enabling them to remotely control real world devices akin to the science fiction fantasy (the Force) depicted in Star Wars.

According to a report from Reuters, a group of five researchers, including civil engineering PhD student Mark Ven and University professor Yang Ming-der have been working at PVD+ since 2013, developing software they call Dong coding to interpret hand gestures.

Simply wearing an Apple Watch provides enough motion controls, thanks to the device’s gyroscope and accelerometers, to allow the researchers to pilot a Parrot AR Drone 3.0 using hand movements. Ven demonstrated using PVD+ software to fly a drone in Taichung City (shown in the video above), where he was interviewed by Reuters.

In an interview Ven mentioned the simplicity that a device like the Apple Watch brings when it comes to controlling complex physical object, like a drone. He said:

“Previously we’ve needed complicated controls to fly drones, but now we can use a wearable device, and through human behavior and gestures directly interact with them – using a hand to control and fly drones directly.”

PVD+ is seeking to patent and commercialize the technology, which appears to be an interesting new application of wearable devices, an emerging market Apple entered over the past year with Apple Watch, which it rapidly turned into a $7 billion business across its first 9 months on the market.