Roam Mobility, the Vancouver-based company that plans to make your US roaming easier recently introduced a free SIM swap program. Send them your US SIM card and in return they’ll make you a free Roam Mobility SIM (a $20 value). They have both regular SIM and microSIM cards available.

How to get a free Roam Mobility SIM card:

1. Fill out this entry form.

3. That’s it. Your new Roam SIM should arrive in approximately 2 weeks. 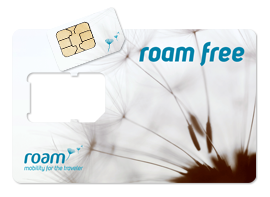 Roam SIM swap program entries must be postmarked no later than June 1st, 2012. We’ve previously went hands-on with their Liberty Hotspot, and with my recent tests of the device in the U.S. (5GB plan for $99) it works exactly as described. Expect a further in-depth review to come.

According to a report from Reuters, an administrative court in Italy has overturned a combined €200 million ($195.3 million USD or $268.23 million CAD) fine imposed against Apple and Amazon by the Autorita’ Garante della Concorrenza e del Mercato (ACGM), the country's antitrust authority, following an appeal. The fine in question was levied on the...
Nehal Malik
34 mins ago