Rock Candy Boutique in Halifax Cashes in on Pokemon Go 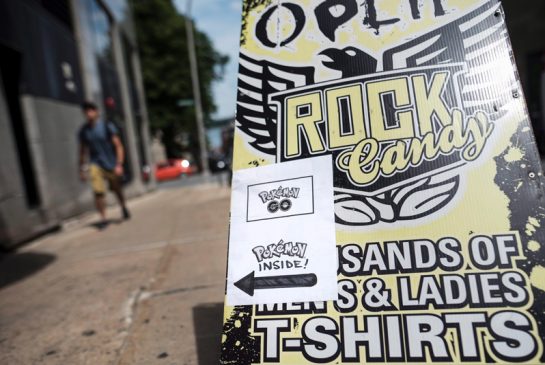 The Rock Candy boutique in Halifax is cashing in on the Pokemon Go craze. The boutique has had a sign outside the front door for the past week and the store manager is already seeing it pay off.

“Downtown is alive in a way that I haven’t seen in a long, long time. There is just a flood from everybody, from young kids to older adults, and you can tell they’re playing this game.”

The augmented reality game has been attracting customers to the store that would not normally visit. Powers said that the store attracted people because they heard it was a good place to catch Pokemon. He said:

“This has just blown up bigger than anybody has expected. It leads people to travel down streets they normally wouldn’t. It’s bringing a lot of foot traffic down to the side streets and a lot of people are coming in and buying things because they were just in the area.”

Several businesses in Canada have been cashing in on the craze by encouraging customers to visit their locations by offering deals or putting up lures at PokeStops to attract Pokemon.

Pokemon Go launched in Canada on Sunday and is available as a free download from the App Store. The app requires any device running iOS 8.0 or later and contains in-app purchases ranging from $1.39 to $139.99.

Microsoft has revealed the first wave of Xbox Game Pass titles arriving on the service throughout October 2022. Kicking off the month, many of the games capture the spirit of the spooky season, leading into Halloween. This month, Xbox Game Pass subscribers can gain access to brand new titles available day and date such as...
Steve Vegvari
36 mins ago