Customers on the Rogers wireless network, which includes Fido and Chatr, are reporting on Reddit text messages containing the word ‘Uber’ are being blocked, as they are not being sent through to recipients. 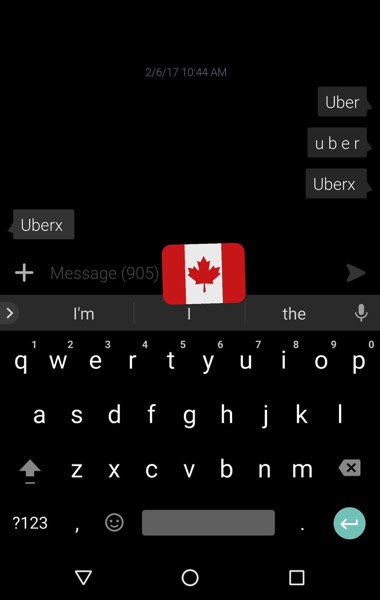 The issue is affecting users on iPhone and Android when sending text messages (iMessage is unaffected as is uses Apple’s messaging protocols) on the Rogers network. Messages are not delivered, leading some to suspect it could be a bug, or possibly a filter put into place (#conspiracytheory).

Rogers and Fido on Twitter have responded to customers to note they’re “currently investigating” the issue. We’ve also reached out to the company for comment on the matter.

If you’re having difficulty sending a text message with the word ‘Uber’ to friends or family on the Rogers network, try using WhatsApp, iMessage, Facebook Messenger or any other messaging app to get the job done.

Update 2:13pm PST: a Rogers spokesperson responded in an email to say “Due to a technical glitch, messages with that word were being filtered out as spam. We’ve resolved the matter so it should not happen again.”