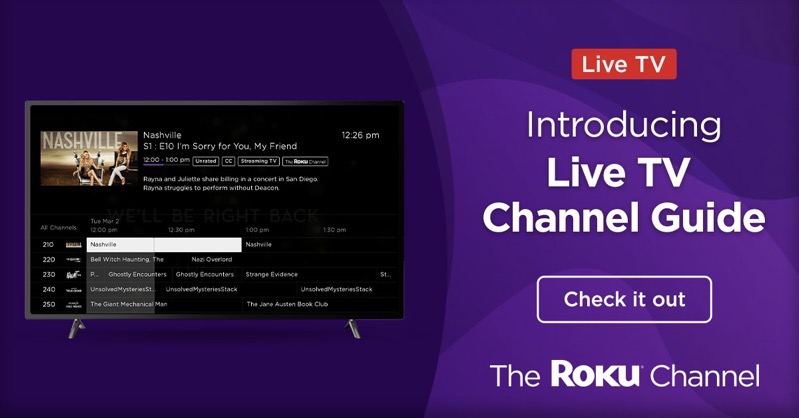 Roku announced on Tuesday it has added a new live TV channel guide, plus also 13 new live linear channels to The Roku Channel.

Roku said there are now over 25,000 free movies and TV episodes across its 35 live TV channels, within The Roku Channel, available for free (and powered by ads).

Click here to check out Roku streaming sticks and televisions on Amazon.ca.