At CES 2019, Apple announced a partnership with TV manufacturers to support AirPlay 2, with Samsung, Vizio, LG and Sony all jumping on board. 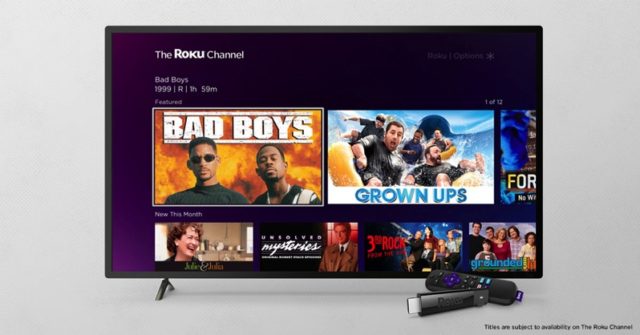 Now, it appears Roku may also be involved with future AirPlay 2 plans, according to an unnamed source speaking with MacRumors.

“Roku is in talks with Apple about supporting AirPlay 2, with the two companies currently working out details surrounding the partnership,” writes Joe Rossignol. These apparent talks have not been finalized, meaning anything can change:

We’re told that AirPlay 2 support is likely to arrive in the form of a Roku OS software update for Roku media players, which can be used with virtually any smart TV. The update would likely extend to smart TVs with Roku OS preinstalled, including select models from Sharp, TCL, Insignia, Hisense, Sanyo, and RCA.

The partnership may also include Apple Music, meaning Roku users would also be able to listen to their Apple Music subscriptions on their Roku devices. It would mean Apple Music extending to another platform for customers to access the service.

AirPlay 2 support would make it easy for Roku users to stream video, music and more from their iOS devices to televisions. HomeKit support is also coming to select televisions, which means Apple customers can use Siri to turn them on or off, control volume, playback and more.

So far, only the newest smart televisions from Samsung will include an exclusive iTunes app, allowing Apple customers to easily rent shows or movies and access their library.

Roku currently is available on televisions in Canada, including those from partner TCL.