Ron Johnson, The Creator Of The Apple Store Quits

Over a week ago, we found out that the co-founder of Siri voice assistant for iPhone 4S has left Apple Inc. and today, another key post has been vacated at the Cupertino office. 9to5Mac is reporting that Apple’s retail chief Ron Johnson, the creator of the Apple Store has resigned from Apple today to become the CEO of JC Penney. The veteran Apple executive had already announced back in June 2011, that he would be quitting the company on November 1st. However, Apple is yet to announce his replacement. 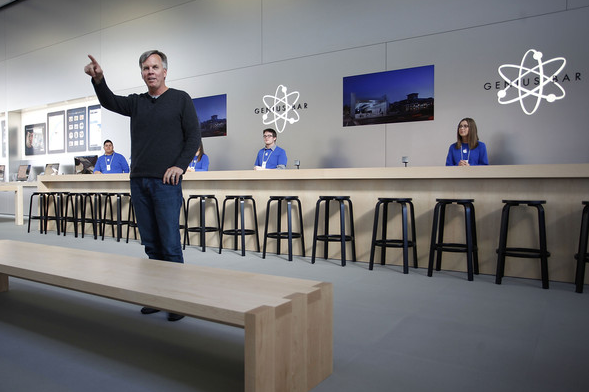 “I’ve always dreamed of leading a major retail company as CEO, and I am thrilled to have the opportunity to help J. C. Penney re-imagine what I believe to be the single greatest opportunity in American retailing today, the Department Store.”

“Ron is excited about this opportunity and we hope it goes well for him,” an Apple spokesperson said. “We’ve got a great retail team in place and are actively recruiting for his replacement.“

Ron joined Apple as senior vice president in January 2000. Reporting directly to the CEO, Johnson has been responsible for Apple’s extremely successful retail strategy, its overall execution and performance.