Rovio Entertainment, the company behind the popular Angry Birds game franchise, has partnered with a preschool in Singapore, called Dreamkids Kindergarten, to launch an Angry Birds Playground.

The classroom is transformed into a giant indoor treehouse with Angry Birds stuffed toys lining the walls. A large interactive touch display is mounted on the wall in the center of the classroom, which allows students to play educational games. It’s also a useful way for a teacher to get the class involved. 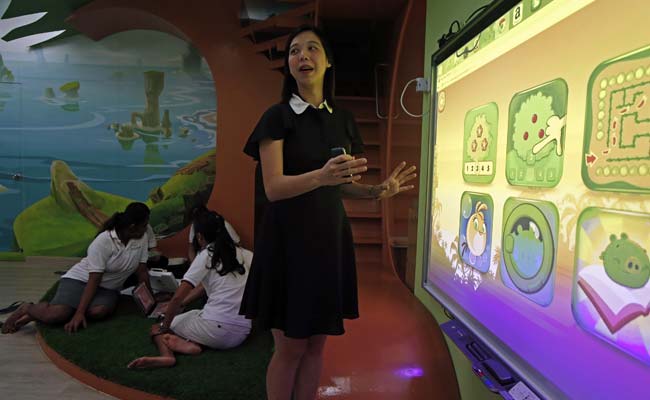 The program is targeted towards children between the ages of three and six and is based on the world-renowned Finnish National Curriculum. In a statement, Rovio said:

“Behind the Angry Birds Playground educational concept is a belief that fun and play are at the very center of effective learning.”

Dreamkids Kindergarten expects that their programs will begin to fill up by mid-March. Even though preschool is not required in Singapore, a lot of parents believe that their child would benefit from such a program because it exposes them to formal schooling and allows them to develop social skills.