The Royal Canadian Legion is modernizing its traditional Poppy campaign, with this year seeing the annual fundraiser go digital, with its first-ever Digital Poppy:

Every year, The Royal Canadian Legion conducts the Poppy campaign, along with thousands of our members who volunteer from coast to coast to coast, to raise funds in support of Veterans and their families. This year we proudly launch our first-ever Digital Poppy. Canadians will be able to personalize, dedicate and share it online – and add their own family stories and images – as their pledge to never forget those who served and sacrificed for our freedom. Thank you, your generous donations are invaluable. 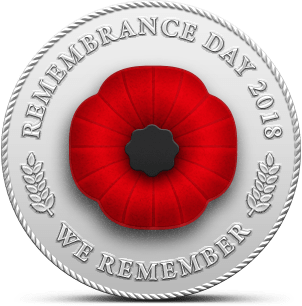 All you have to do is visit mypoppy.ca, design a custom digital poppy and then make a donation online. Once you’ve completed the steps online, you’ll receive your own double-sided digital poppy, with your name on the back and a customized front.

Here’s an example of what it looks like below (your digital poppy is saved to online digital badge repository, Basno): Click here to visit mypoppy.ca to create your own customized digital poppy and make a donation to the Royal Canadian Legion. Online donations are accepted until Remembrance Day, November 11, 2018.