Earlier this month, Samsung made its Galaxy Note 5 official, as a shorter, thinner and narrower phablet than its predecessor, featuring a new S Pen with improved pressure sensitivity and writing performance. However, it seems that the Korean company has overlooked a major design flaw in the device that could permanently break its main feature. As pointed out by Android Police, the flaw stems from the new S Pen slot design on the Note 5, which can cause the S Pen to break pen detection when inserted backward and get stuck quite badly as well. 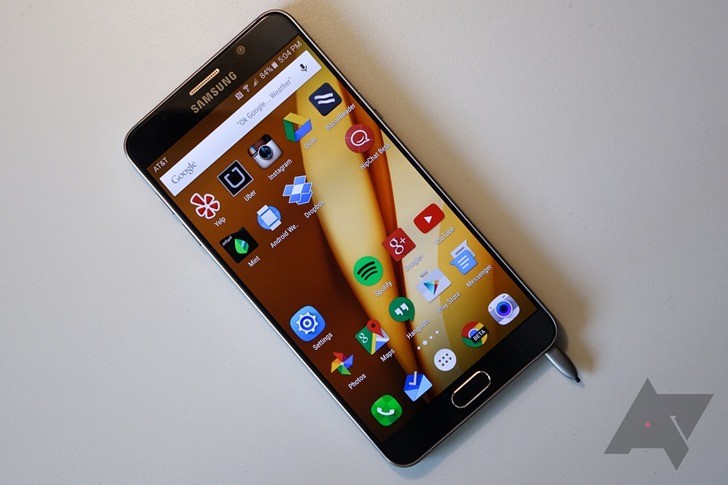 On previous generation Galaxy Note smartphones, attempting to insert the S Pen in the device in the wrong direction always failed as it just would not fit. On the Note 5 however, inserting the S Pen the wrong way provides absolutely no resistance, and once you insert the pen far enough in the wrong direction, it gets stuck, at which point you notice something is wrong. This can easily happen if you’re in the dark or a child tries to insert it and pushes it far enough to cause a pen break. Here’s how the source describes it:

It doesn’t even have to “click” in. At this point, of course, you will panic. And you will try to get it out – and most likely, you’ll succeed. The problem is that if you do succeed, there’s a very real possibility you’ll break whatever mechanism the device uses to detect whether the pen is attached or detached from the phone. Which is exactly what happened to our review unit. We’re really not sure how this made it past testing at Samsung

Pen detection on our review unit is completely broken, and during the making of the video in an attempt to show how easy it is to insert the stylus the wrong way.”

Check out this video for a better idea:

What’s even worse about the Galaxy Note 5’s “PenGate” is that Samsung was actually aware of this issue when it shipped the Note 5 and still did not seek to actively address it, since the official manual for the phone very clearly states that the S Pen should not be placed in the device backwards or it may damage the phone or the pen.

The Note 5 does not ship with a manual, but an online search by Ars Technica, which was able to reproduce the error, found the following explanation by Samsung: 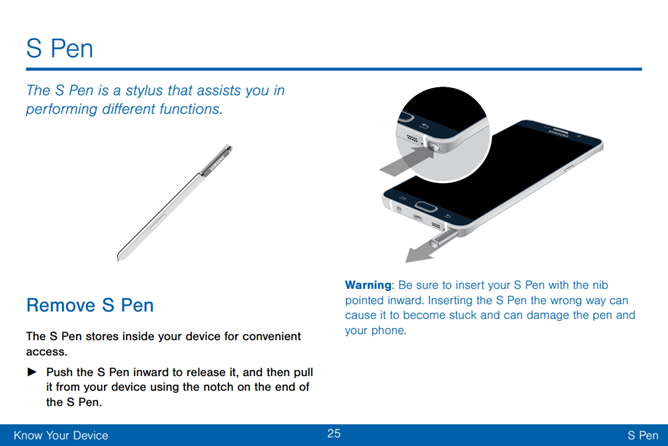 Luckily though, Samsung has issued the following statement as a simple solution to the problem, while speaking to the BBC:

“We highly recommend our Galaxy Note 5 users follow the instructions in the user guide to ensure they do not experience such an unexpected scenario caused by reinserting the S-Pen in the other way around”.

Still thinking about getting a Galaxy Note 5?