Safari on macOS Sierra Hacked at PWNFEST for $100,000 Reward

A joint team of Pangu and JH hackers has successfully hacked Safari running on macOS Sierra at the PWNFEST conference, claiming a reward of $100,000 for finding a Safari exploit that gave them root access on macOS, 9to5Mac reports. 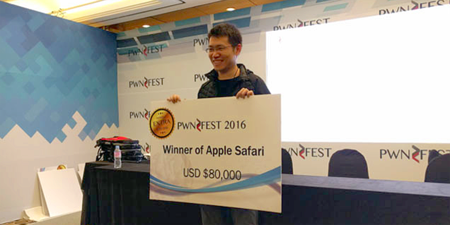 The news was tweeted by security conference organizer Vangelis, as the hackers successfully claimed both the basic ($80k) and extra ($20k) rewards in an exploit that took 20 seconds to run.

Safari wasn’t the only browser to fall victim at the PWNFEST conference: Microsoft Edge running under Windows 10 was also hacked, and Google saw its latest Pixel fall to a team which was able to achieve remote code execution to win a $120k prize.

The source notes that all systems hacked during the event were running their latest versions. Details of all the exploits will also be passed to the companies concerned, in order to enable the software to be patched and prevent black-hat hackers from using them for malicious purposes. This means the Apple Safari hack will soon be patched by Apple.

So far, there is no report yet of anyone successfully claiming the $180k available for finding an iOS 10/iPhone 7 Plus exploit.