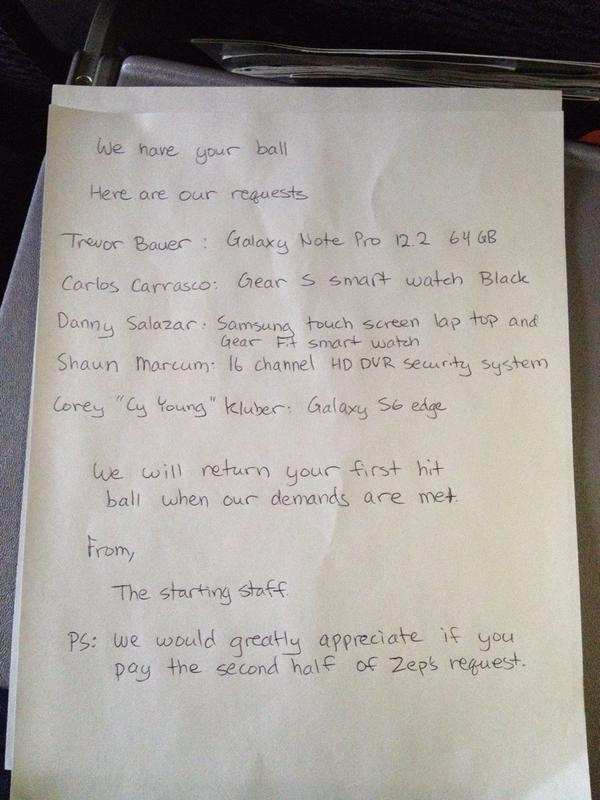 Apple CEO Tim Cook showed off a ransom note Brandon Moss received from his teammates so he could get his special 100th home run ball back, during last week’s WWDC keynote. While many suspect this was just a marketing ploy from Apple, it was an epic PR move nonetheless, even if that really is the case. However, Samsung seems to have tried to use the same trick, as reported by The Loop (via BGR), shortly after Apple’s WWDC.

Trevor Bauer, a pitcher for the same Cleveland team, got a hold of another milestone ball — the first hit for rookie Francisco Lindor. He then sent out a tweet posting a ransom note filled with Samsung products.

“Hey @Lindor12BC we have your ball. @indians Bullpen settled for @tim_cook Apple products but we want @samsungmobileus,” he said… from an iPhone.

The above image shows Bauer’s requests, while a screenshot showing the device used to tweet that list is given below. Take a look: 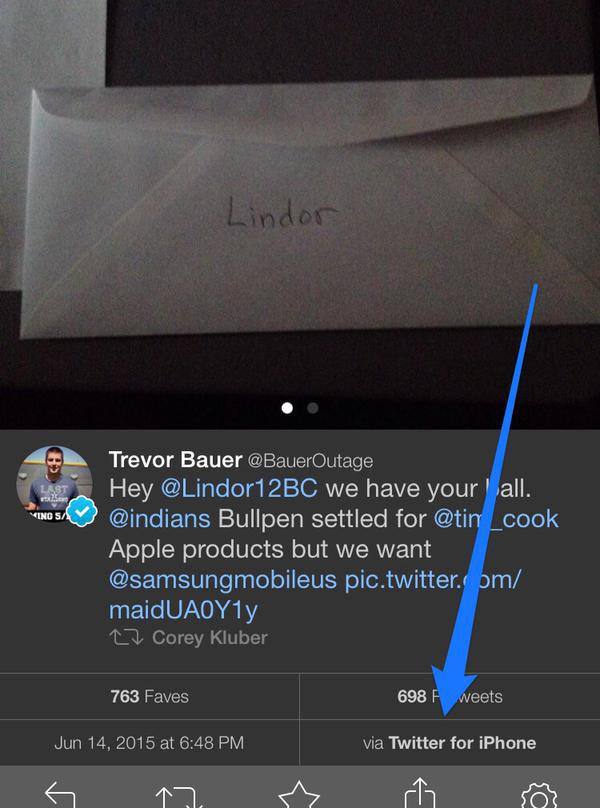 Well, do you think this is just a coincidence, or did Samsung try to rip off Apple yet again and #fail in the most hilarious way?