Samsung Shuts Down its High-Profile Flagship Store in London 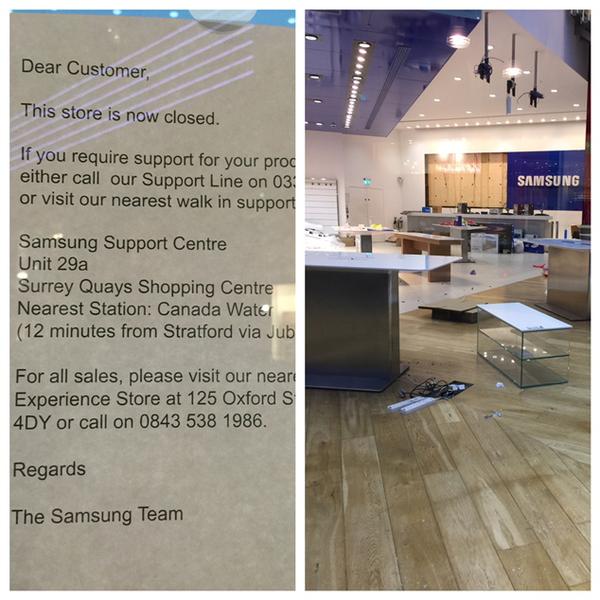 According to a report by CNET, Samsung has announced that it will be closing its Samsung Experience Store at London’s Westfield Stratford City at the end of this year. The report says that more than 50 staff will be affected by the closure of the high-profile flagship store, which is located in one of Europe’s biggest shopping centres.

Samsung adds that no other stores, including the branch at tourist retail mecca Oxford Street, are facing the axe at this time: “We remain fully committed to the operation of the remaining nine Samsung Experience Stores across the UK, and wish to reassure our customers that those stores will not be affected by this decision”.

Samsung uses its Experience stores as flagship retail locations, and are often the very first place users can buy new devices like the Galaxy S4 or Galaxy S5. Photographs posted on Twitter by visitors to the mall in London show the shop already being dismantled. Samsung has said that it will do its best to find affected employees “alternative employment within the business or offer a financial package should they choose to move on to find new opportunities”.

Even though Samsung had announced earlier this year that it will open a number of own-brand stores across the UK in collaboration with high-street retail chains, the company’s mobile business plunging a stunning 74% in previous quarter may change these plans dramatically.