Just ahead of the Barcelona’s Mobile World Congress, Samsung is getting ready to launch the 2018 versions of its flagship Galaxy S smartphones i.e. the Samsung Galaxy S9 and Galaxy S9+. According to VentureBeat, the devices are expected to begin shipping, and selling through retail on March 16, as evident from the date appearing in the leaked press shots.

Update: this article was updated to indicate the renders were leaked by Venture Beat and not announced by Samsung. 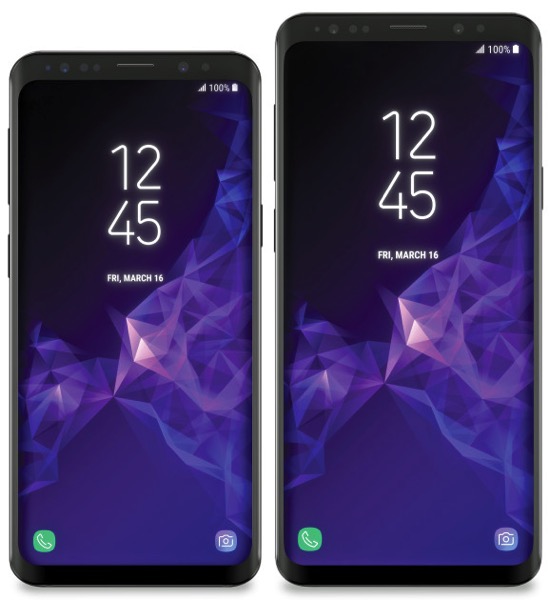 This year, more than screen dimensions will separate the two models in contrast to the Galaxy S8 and S8+, which are nearly identical except for their display diagonals. In terms of design however, both the 5.8-inch S9 and the 6.2-inch S9+ will feature the same chassis as their predecessors.

Powered by Qualcomm Snapdragon 845 in the U.S. and China, and Samsung’s own Exynos 9810 systems-on-chip in the rest of the world, the first differentiator between the S9 siblings lies in their memory configurations i.e. 6GB of RAM and 128GB of internal storage for the S9+, whereas the standard S9 will feature the same 4GB/64GB pairing as last generation.

The main highlight for both the Galaxy S9 and Galaxy S9+ will be refreshed imaging hardware and software — a notion confirmed by two people briefed on Samsung’s plans. Besides motion-detected, “super slow-mo” video capture, both devices are said to feature variable aperture on their primary 12-megapixel cameras. It’s a mechanical adjustment that switches between f/2.4 and smallest-in-class f/1.5.

The Galaxy S9+ adds a second 12-megapixel rear module, but this one has a standard fixed aperture. In what will be important to many, all of the phones’ rear elements are aligned vertically, instead of horizontally like the S8, with the fingerprint scanner located more naturally at the bottom of the stack.

Looks like Samsung is making it more difficult for its users this year, some of whom may even want a smaller screen, to choose the basic S9 without additional trade-offs.