The folks over at The Verge have just posted their review of Samsung’s costly new Galaxy Z Flip folding screen smartphone, which is officially launching in Canada today priced at $1819.99 CAD. Similar to the Galaxy Fold and the Motorola Razr, it seems the Z Flip is “more of an expensive experiment than a real product.” 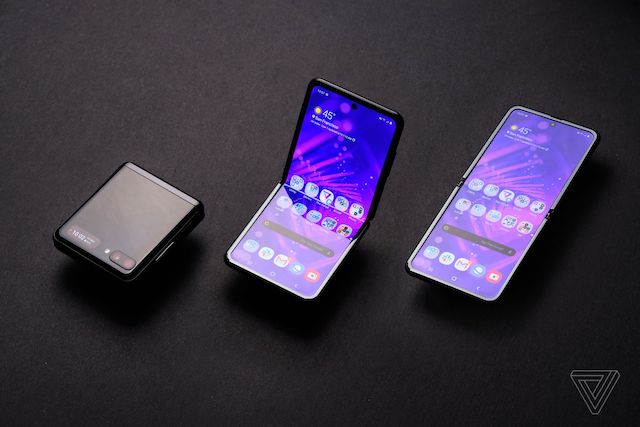 The new Galaxy Z Flip has an ‘Infinity Flex Display’, which takes from the company’s Galaxy Fold, in the shape of a 6.7-inch OLED display with 2636 x 1080 resolution and 425 ppi. The reviewer, however, says that “after a while, the Z Flip sort of stopped feeling like a special folding phone and just felt like my phone.” 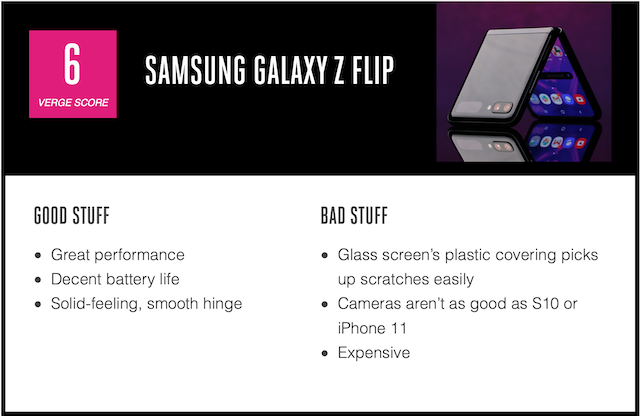 The Galaxy Z Flip’s screen is much more susceptible to scratches and dings than its glass material implies. Also, the hinge’s new, debris-resistant design doesn’t work as advertised.

“Samsung covered the glass with a second, plastic layer. That layer is fairly soft, which is why it picks up indentations from fingernails if you press too hard and why it is scratched so easily.

So what’s the point of having a glass screen if it’s just as fragile and vulnerable as a plastic one? Well, Samsung gets to say it shipped the first folding phone with a glass screen. I think that’s probably the main reason. […]

On to the hinge, the other source of angst for folding phones. It is pretty stiff. That hinge stiffness adds to the overall sense of trust and durability, but it also makes it hard to flip out the phone one-handed.”

You can check out the full Galaxy Z Flip review with tons of images and technical details on the source page.