Samsung’s entire lineup that is supposedly launching at its next Galaxy Unpacked event on August 11 has been leaked online. 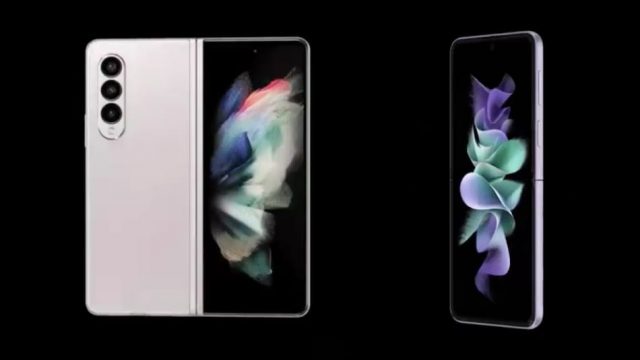 Reliable tipster Evan Blass, better known as @evleaks, has leaked what appears to be the complete range of the Samsung devices launching at the Galaxy Unpacked event next month, posting a long thread on Twitter suggesting the design of the new devices.

On display are the foldable Galaxy Z Fold 3 and Galaxy Z Flip 3, which Blass previously shared pics of in late June; the Galaxy S21 FE, Samsung’s follow-up to the solid sub-$700 USD phone that was glimpsed in April; the Galaxy Watch 4 and Galaxy Watch 4 Classic smartwatches that were leaked recently, too; and the Galaxy Buds 2, the latest addition to the company’s growing range of wireless earbuds.

Blass has posted what look like 360-degree animated renders of every device on this list, seemingly in every color per SKU as well. Take a look at the entire Twitter thread below.

Blass’s leak also seems to suggest that Samsung is planning to unveil the long-rumoured Galaxy S21 FE at the event. This is a bit surprising, considering that the Galaxy S21 FE launch was pushed to the fourth quarter due to the ongoing global chip shortage, as per the latest reports.

However, there were also reports that Samsung had decided to switch to using the Exynos chip due to Qualcomm unable to meet the demand and that the phone might only see a limited launch. So it looks like, despite all odds and production setbacks, Samsung should still be able to meet the original August timeframe for the next Fan Edition model.

If history is anything to go by, we’ll probably see more leaks and teasers (including from Samsung itself) in the run-up to Unpacked. By the time the actual event rolls around, you should be well-versed on what to expect.

Samsung and LG are gearing up to start mass production of displays for Apple's first OLED iPads, according to a report from the South Korean publication ETNews (via MacRumors). The information comes from Ross Young of Display Supply Chain Consultants, a well-known industry analyst. According to Young, both South Korean display manufacturers will produce "hybrid" panels for...
Nehal Malik
44 mins ago