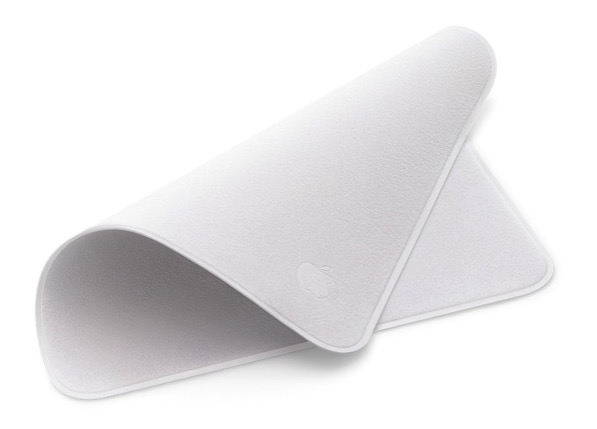 Samsung is always among the first to poke fun at Apple whenever the latter does something polarizing or absurd, and the iPhone maker launching a $25 Polishing Cloth for its products definitely makes the cut.

“Made with soft, nonabrasive material, the Polishing Cloth cleans any Apple display, including nano-texture glass, safely and effectively,” says Apple.

According to Galaxy Club (via iMore), Samsung is currently running a campaign in Germany where users of its Galaxy devices can apply to have their very own Samsung cleaning cloth delivered to them by mail, without having to spend a single penny.

The promotion is a (not so) thinly veiled jab at Apple and its $25 Polishing Cloth. Not only is Samsung’s cleaning cloth available for absolutely free, but it is also twice the size of the Polishing Cloth for good measure.

With this promotion, Samsung is once again building on the rivalry with Major Competitor (capital letters via the marketing department) Apple. The latter caused a stir at a recent event with the launch of a polishing cloth for your iPhone. Price tag €25. Apple’s cloth measures 16 by 16 centimetres, so purely on specifications, Samsung’s free cloth wins the comparison. It’s over 50% bigger – and €25 cheaper.

If you’re a Samsung Galaxy customer in Germany, hurry up and order your free cleaning cloth today — there will only be so many freebies to go around.

Samsung didn’t say exactly what its cleaning cloths were made of, but it’s safe to assume they’re made of some kind of microfibre.

It is unlikely that Samsung’s free cleaning cloths will receive the same grandiose unboxing and teardown treatments as Apple’s Polishing Cloth did, but we should see some feedback from Samsung customers who get their hands on them soon.

Apple’s new $25 Polishing Cloth is so popular that it is sold out beyond Christmas in Canada. Samsung, however, believes the right thing to do is simply hand out effective display-cleaning cloths to customers for free. Should we expect to see this program expanding globally soon, Samsung?

Honestly, we don’t know what’s more bizarre: the fact that Apple started selling a 6.3″ X 6.3″ patch of microfibre for $25, or that it became the company’s most back-ordered new product of the season in less than two weeks.

At the time of writing, Apple Store estimates put delivery of the Polishing Cloth at 8-10 weeks out. If you’re willing to wait, though, click here to get yours today from Apple.ca.