Keeping up with its age-old tradition of initially pocking fun at Apple (and later on following suit), Samsung is mocking Apple’s decision to ditch the power adapters from its newly announced iPhone 12 lineup, MacRumors is reporting. 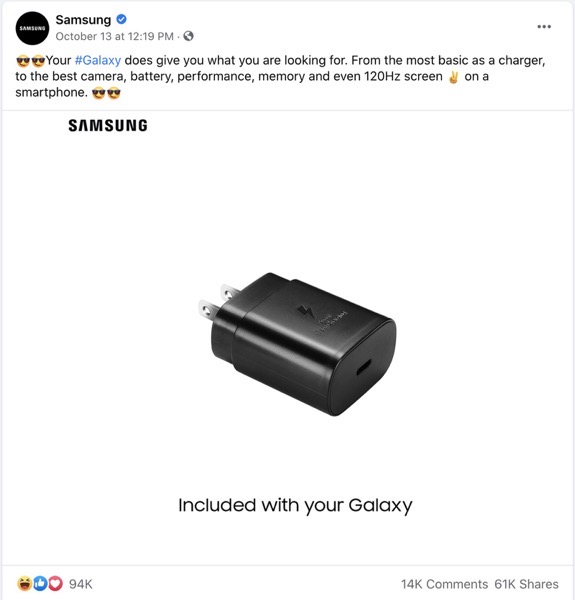 😎😎Your #Galaxy does give you what you are looking for. From the most basic as a charger, to the best camera, battery, performance, memory and even 120Hz screen ✌️ on a smartphone. 😎😎

Apple says there are over 700 million Lightning headphones and 2 billion Apple power adapters out in the world already which shows that majority of iPhone 12 buyers will already have both accessories available.

Apple believes its decision to remove the earbuds and chargers from its latest iPhones will help it consume less raw materials while also allowing for smaller retail boxes.

It will be interesting to see how long before Samsung removes power adapters from its Galaxy devices too.