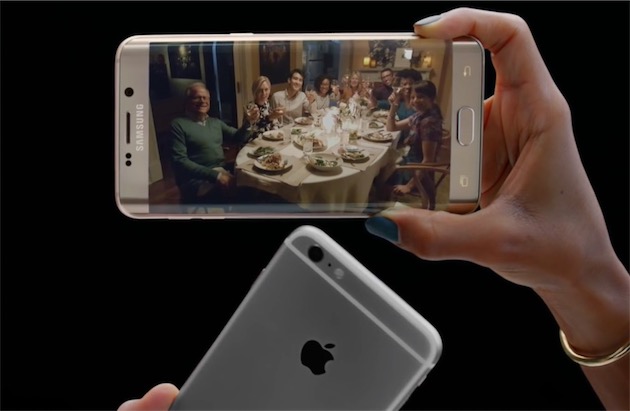 Samsung has once again continued its cheap tradition of mocking the iPhone in its new TV ad (via iGen.fr). In its latest Galaxy S6 Edge+ TV commercial, the Korean company attempts to prove that not only the quality of images captured by its flagship smartphone are better than those of the iPhone 6 (or iPhone 6s since it’s hard to tell in the video), but also the speed at which it can activate the camera (double tapping the home button).

At the end of the commercial, a picture is taken in low light where the iPhone is shown to produce a much darker image than the one taken with S6 Edge+ camera. Other than that, there isn’t much to say about the dumb ad.

Check out Samsung’s “It’s Not a Phone, It’s a Galaxy: Camera” ad below and tell us what you think: