Last month, Samsung released its first “On the Fence” series ad for Galaxy smartphones, telling iPhone users to come over to its Android phones, and now, the company has released another ad mocking Apple users. 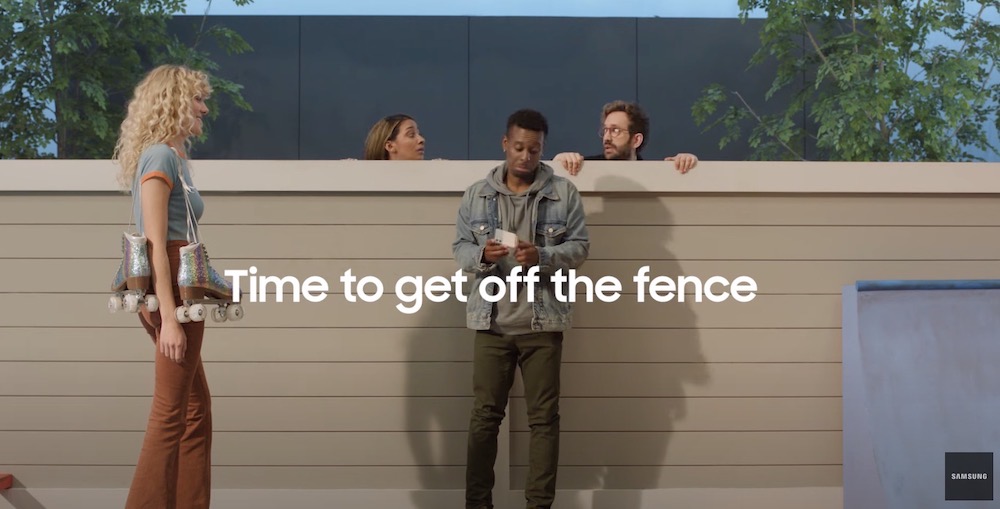 Titled “On the Fence: Attention,” Samsung’s latest ad shows a guy sitting on a fence when a girl with Galaxy Z Flip4 tells him that she was also very confused between the two companies.

“I used to be you, sitting on the fence between Apple and Samsung,” the girl tells the guy.

The guy says that he wants to switch but he is worried about his friends with iPhones, to which she replies by saying you should get off the fence and get the Galaxy Z Flip4.

“You’ve been on the fence long enough. Make your move,” says Samsung.

Watch the new Samsung ad below and don’t forget to share your thoughts with us in the comments section.