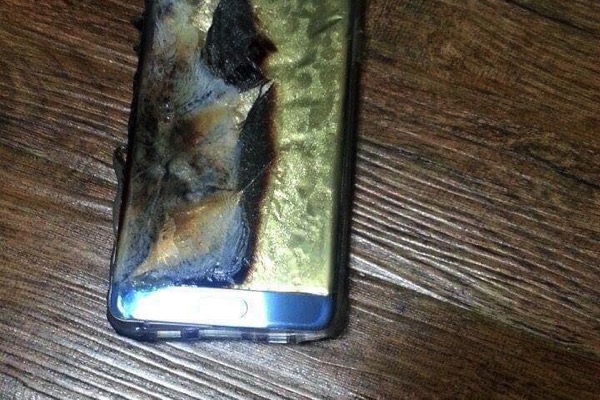 According to a report by The New York Times, Samsung still has no clue why its now discontinued flagship Galaxy Note 7 keeps catching fire, despite deploying hundreds of employees to work on the problem. Not a single one of Samsung’s engineers has yet been able to get a Note 7 to explode. Although they initially concluded the defect was caused by faulty batteries, which is why they announced a recall, but that solution failed when replacement devices started blowing up as well.

“It was too quick to blame the batteries; I think there was nothing wrong with them or that they were not the main problem,” said Park Chul-wan, former director of the Center for Advanced Batteries at the Korea Electronics Technology Institute, who said he reviewed the regulatory agency’s documents.

“The problem seems to be far more complex,” Mr. Park said in a phone interview. “The Note 7 had more features and was more complex than any other phone manufactured. In a race to surpass iPhone, Samsung seems to have packed it with so much innovation it became uncontrollable.”

Meanwhile, a separate report by Bloomberg is claiming that replacement Note 7 devices caught fire due to a flaw different from the one that caused the device’s original recall last month.

Early analysis of the evidence from recent battery incidents suggests there is an issue with the batteries made by China’s Amperex Technology Ltd. The issue may have crept into the supply line after Samsung began replacing Note 7 phones equipped with Samsung SDI Co.

The apparent new fault helps explain why Samsung would abruptly pull the plug on what was supposed to be its premier phone designed to compete against Apple Inc.’s iPhone 7. Amperex, a unit of Japan’s TDK Corp., didn’t respond to requests for comment on Tuesday. Samsung declined to comment.

Samsung’s decision to pull the plug on the Galaxy Note 7 production caused it to lose $17 billion in market value.