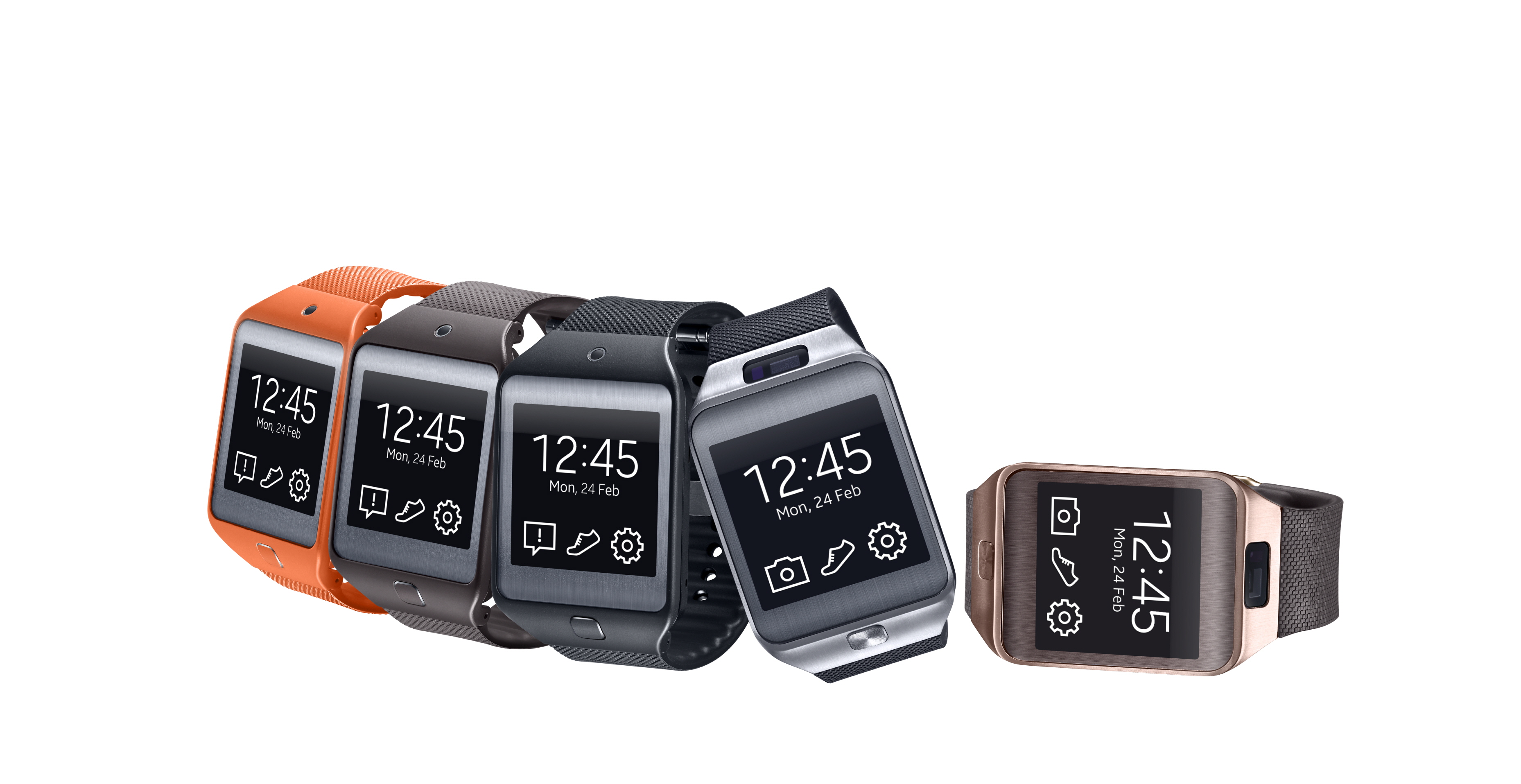 Only six months after the introduction of the Galaxy Gear, Samsung has announced two new smartwatch models: the Gear 2 and Gear 2 Neo. The Korean company unveiled the two new devices at Mobile World Congress ahead of their Unpacked press event, which will take place tomorrow. The event on Monday is set to focus on the company’s next generation flagship smartphone, the Galaxy S5.

The biggest change for the second generation of the device is the absence of the Galaxy branding. The new Gear devices will run on the Tizen operating system, a platform which Samsung has invested a lot of money and resources into over the past year.

Both the Gear 2 and Gear 2 Neo are equipped with a 1.63-inch 320×320 Super AMOLED displays, 512MB of RAM, 4GB of on-board storage, a 300mAh battery, and a 1GHz dual-core processor. The main difference between both models is the Gear 2 comes with a 2-megapixel camera, while the Gear 2 Neo does not. 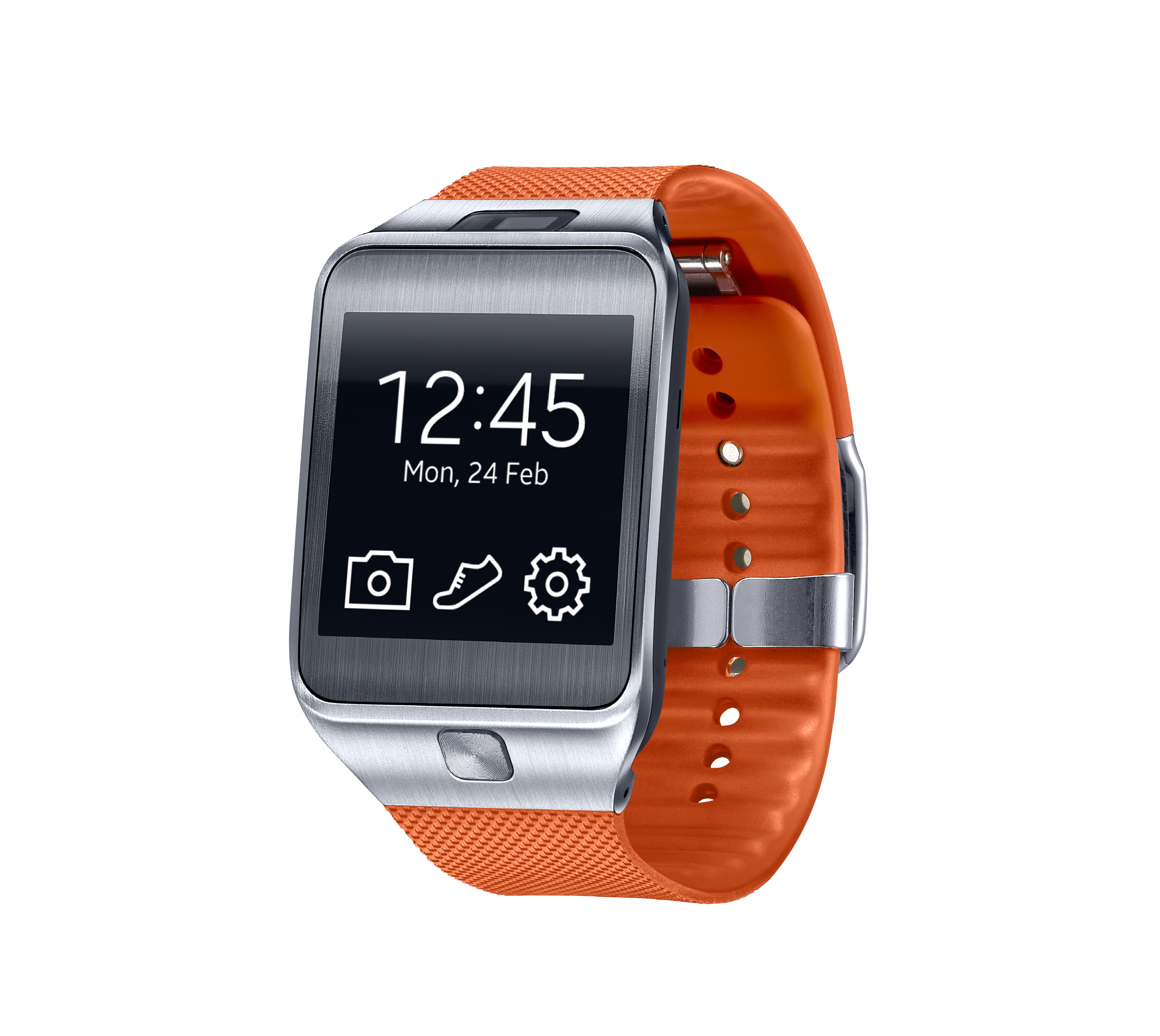 The new camera on the Gear 2 supports auto-focus and repositions the camera from the strap to the main body of the device. Both devices also come with health and fitness sensors, including a heart rate sensor as well as a gyroscope to help keep track of movement.

Another big feature of the device is an IR-LED sensor, which allows you to control your TV or set-top box with Samsung’s pre-installed WatchON app. The battery life of both devices is said to be similar to the original Galaxy Gear claiming approximately 2-3 days of normal usage.

The Korean company said the two new devices will launch with “dozens” of compatible Samsung devices. Among the first Tizen-based apps for the new Gear will be software from BMW, CNN, Garmin, Line, and Path. 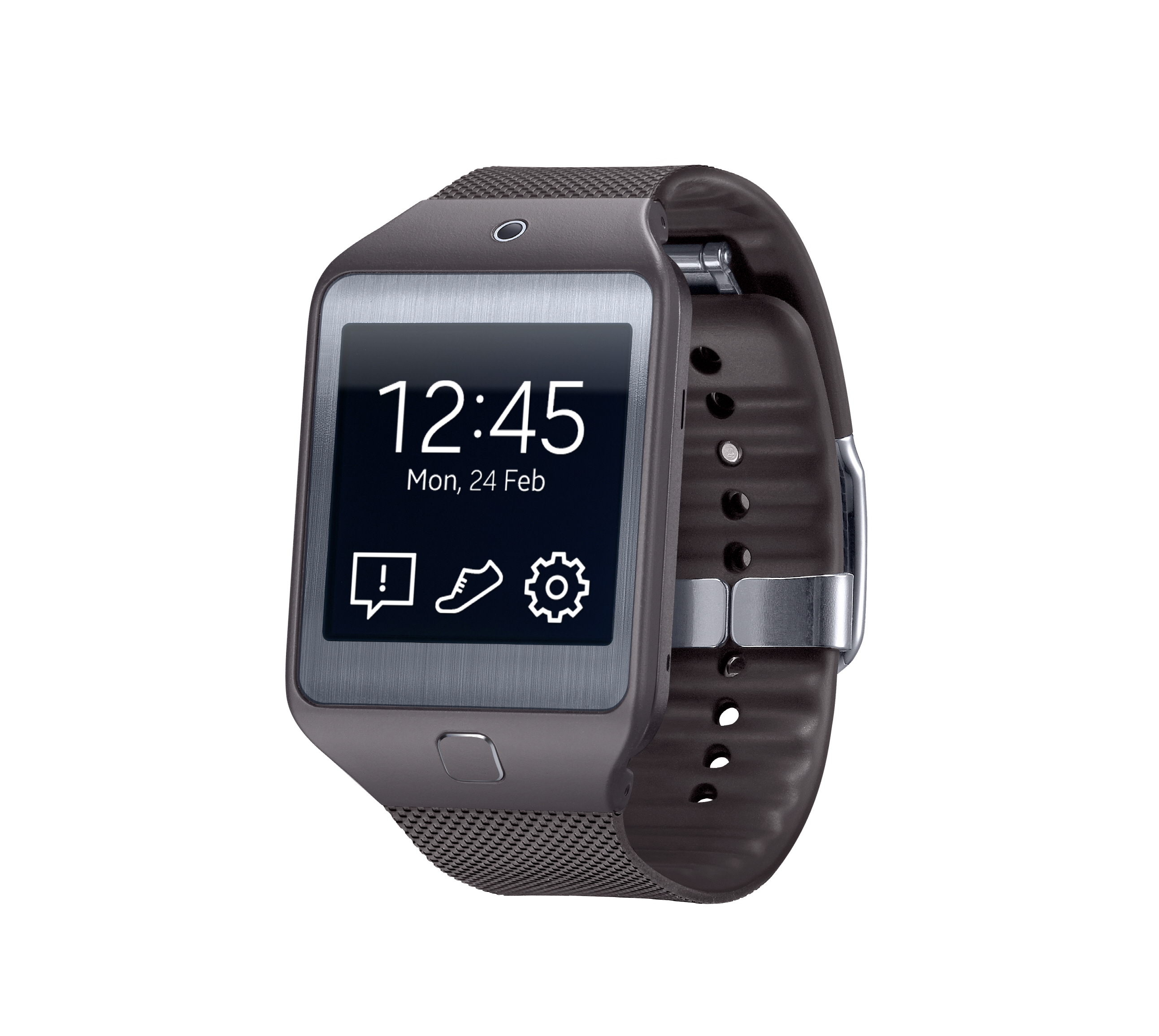 The news of Samsung’s new smartwatches comes at a time when we are seeing plenty of rumours of the new health and fitness-based iWatch, which Apple will reportedly launch later this year.