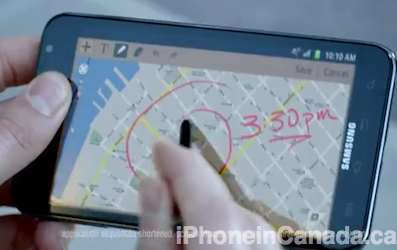 This evening, Samsung released both an American and Canadian version of their ad. The Canadian shows the names of Toronto, Montreal, and Calgary instead of American cities. 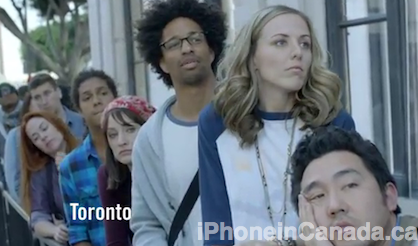 As for the Samsung device unveiled in the commercial? It’s none other than the monstrous sized Galaxy Note, that includes a feature from the 90s–a stylus (“YUCK!”, as Steve Jobs would say). The best part of these ads is the barista guy waiting in line refusing to partake in the over the top hilarity that ensues.

Video chat on Android looks vaguely familiar to something we all know about, but I can’t figure it out… 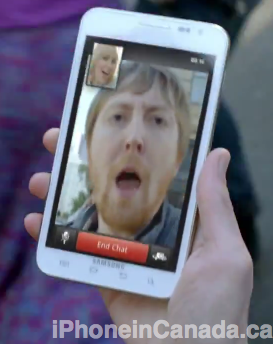 Check out the ads below and let me know what you think: